All images from The Jakarta Post/Asian News Network

JAKARTA, Oct 27 (Jakarta Post/ANN): National flag carrier Garuda Indonesia announced on Tuesday that it would terminate the contracts of at least its 700 employees by Nov. 1 as the airline struggles with low travel demand during the Covid-19 outbreak.

The workers being laid off have been taking unpaid leave since May, according to Garuda president director Irfan Setiaputra.

The airline revealed earlier this year that it would furlough around 800 contract workers starting May 14.

“We are forced to take the difficult decision in order to ensure our company’s survival during these challenging times,” Irfan said in a statement.

The Covid-19 cases in Indonesia continued its surge. It's total numbers which is almost 400,000 and total death toll is the highest in South-East Asia and also among the highest in the Asian region.

According to the ministry, 4,576 more people were discharged from hospitals, bringing the total number of recovered patients to 322,248.

No more new positive cases were found in Papua. 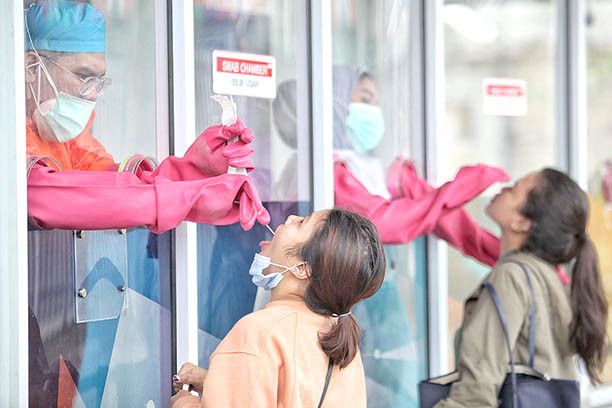 Meanwhile, Garuda said the company turned in a loss of US$712.7 million in the first half of this year, a stark difference from last year’s net profit of US $24.11 million during the same period, as travel restriction and border closures batter the airline industry.

The Covid-19 global health crisis has continued to pressure the aviation industry in Indonesia amid border closures that have prompted people to cancel travel plans.

“The pandemic has had unpredictable long-term effects on our company’s performance, as we still haven’t seen any significant improvements as of today,” Irfan said.

Garuda’s total revenue in the first six months of the year nosedived by 58.2 per cent year-on-year (yoy) to US$917.28 million, according to the company’s financial report.

Meanwhile, the number of passengers who flew with Garuda between January and August dropped 70.1 per cent yoy to US$3.83 million.

Irfan added that Garuda aimed to fulfill all of the affected employees’ rights in accordance with the law.

In early June, the airline also terminated the contracts of 180 non-permanent pilots, which consisted of senior and outsourced pilots working on a contract basis.

Garuda has also taken several measures to maintain its cash flow amid plummeting demand for air travel, including by cutting employee and executive salaries, cutting production costs for efficiency and renegotiating obligations to partners and aircraft lessors.