Technology use in agriculture should involve Indonesian farmers: Experts 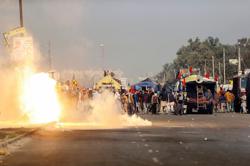 JAKARTA (The Jakarta Post/ANN): The implementation of technology in agriculture to boost production as well as to assist unbanked smallholder farmers in Indonesia should involve the grass roots, an expert has said.

Applying technology in the sector should take into account the large share of smallholder farmers in Indonesia, their farming system and their institutional or group structures at the local levels, said Scott Waldron from the University of Queensland’s School of Agriculture and Food Sciences in Australia.

“The technologies that are introduced into that landscape firstly have to be suited and adapted for smallholders so they will be appropriate in that environment, ” Waldron said in a virtual discussion held by the Australia-Indonesia Centre on Wednesday (Oct 21).

Indonesia is seeing a growing trend in the involvement of tech-based start-ups in the agriculture and fisheries sectors aiming to improve production as well as farmers’ and fisherfolks’ welfare.

Fishery start-up Aruna, for instance, recently secured US$5.5 million in fresh funds from a recent funding round to expand its community of fishers and help improve productivity, product quality and overall standards.

The aquaculture platform currently works with thousands of fishers in 31 coastal areas across Indonesia.

Agriculture start-up Tanihub, which also provides peer-to-peer lending for farmers through TaniFund, secured investments worth $17 million in April, prompting the company to expand outside of Java and extend its services to 100,000 farmers by 2021.

Statistics Indonesia (BPS) data shows that the agricultural industry, the second-largest contributor to the country’s economy, grew 2.19 per cent year-on-year (yoy) in the second quarter as the largest, the manufacturing industry, shrank 6.19 per cent and the whole economy contracted 5.32 per cent.

Meanwhile, the total size of agricultural land in Indonesia stands at about 8.08 million hectares, according to BPS 2015 data.

Agriculture data company Hara founder and chief technology officer Imron Zuhri said during the discussion that his company had created an app that collected data on land size and location.

Coupled with satellite images, the app enables it to better monitor and predict farmers’ growth.

“This is critical information that will be helpful for banks and also other stakeholders, ” Imron said.

The app collects the data by utilising the global positioning system (GPS) on mobile phones and asking farmers to walk around their fields to generate the information.

Imron said the data collection efforts would eventually contribute to the mapping of supply chains in the sector and thus allow the company and other stakeholders to reduce the layers along the chain.

Rice, for instance, has 25 layers in its supply chain, according to Imron. Although some middlemen are of help for farmers, some others are not.

“Agriculture data in Indonesia at the granular level is practically nonexistent. Due to this asymmetric information, we have so many [supply chain] layers, ” he said.

Brisbane-based pathogen detection company Genics is also bringing technology to the sector by providing shrimp farmers in Indonesia with an early detection system for disease or pathogens.

Genics CEO Melony Sellars said its services enabled farmers to detect pathogens three to four weeks earlier than when they had sick animals in their system.

“With that information, we are helping farmers detect pathogens early and implement management decisions that can improve the profitability of the product, ” she said.

“Those management decisions can be very basic, but they can have a major impact on farmers’ profit.” 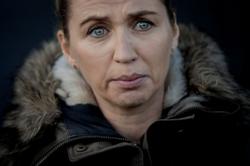 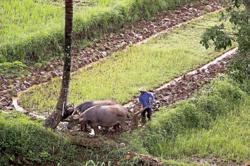