Police launch tear gas during clashes with protesters trying to advance towards the Presidential Palace during a rally in Jakarta, Indonesia, on Oct. 8, 2020. - AP

JAKARTA (AFP): Hundreds of people were arrested in Jakarta Thursday (Oct 8) as tens of thousands protested across Indonesia for a third day against a controversial new law that critics say will harm labour rights and the environment.

Thousands of security personnel were deployed to block access to the capital and prevent workers and students from demonstrating in front of the presidential palace and parliament.

Jakarta police spokesman Yusri Yunus said more than 400 people -- mostly teenagers -- had been arrested in the past two days, accusing them of provoking unrest during the protests.

"We are now questioning them," Yunus told AFP on Thursday, adding the situation in Jakarta was "under control".

But labour activists and green groups have slammed the legislation, with Amnesty International saying it was "catastrophic" for workers.

Police banned Thursday's demonstrations citing coronavirus concerns, but workers and students marched anyway in dozens of cities across the archipelago.

Violent protests have taken place in several other cities this week, including Lampung and Bandung.

Indonesians also expressed their anger online with hackers blocking access to parliament's website and changing its name to the "Council of Traitors".

They also created an account on the Indonesia e-commerce platform Tokopedia and put parliament "on sale" for a pittance, according to media reports. 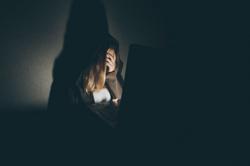