A man wearing a protective mask to curb the spread of the coronavirus buys food from a makeshift stall in Quezon city, Philippines. President Rodrigo Duterte says he has extended a state of calamity in the entire Philippines by a year to allow the government to draw emergency funds faster to fight the Covid-19 pandemic and harness the police and military to maintain law and order. - AP

MANILA, Sept 25 (Xinhua): The number of confirmed Covid-19 (coronavirus) cases in the Philippines surged to 299,361 after the Philippines' Department of Health (DOH) reported 2,630 new cases on Friday.

The Philippines' capital Metro Manila topped the regions in the country with the highest number of 1,091 new cases on Friday.

The DOH said over 3.3 million people in the country have been tested for Covid-19 so far.

The DOH said it is closely monitoring 1,963 virus clusters in hospitals, jails, and densely populated communities in the country.

Food and Drug Administration (FDA) Director-General Eric Domingo told reporters in an online briefing that 429 of the 526 Covid-19 patients treated with convalescent plasma have recovered.

Domingo said the experimental treatment, using the blood plasma taken from patients who have recovered from the coronavirus and rich in antibodies, needs further "scientific analysis" and study.

On Thursday (Sept 24), Philippine President Rodrigo Duterte says he has extended a state of calamity in the entire Philippines by a year to allow the government to draw emergency funds faster to fight the Covid-19 pandemic and harness the police and military to maintain law and order.

The company is looking for a buyer of its 45% stake in the venture, Cusi said in a mobile phone response to questions about the move, which was reported earlier by the Manila Bulletin.

The sale process comes as the Malampaya natural gas field at the heart of the project is nearing depletion and new resources have yet to be found, helping spur the nation’s turn toward importing liquefied natural gas.

San Miguel Corp., the southeast Asian nation’s largest company by revenue, is interested in the stake, President Ramon Ang said in a mobile-phone message, without elaborating.

A Shell spokesman said the company is "exploring its options with a view to divest its interest” in the project "as part of an ongoing portfolio rationalization to simplify and increase the resilience” of its business.

The Malampaya project contract expires in 2024. Earlier this year, a unit of Chevron Corp completed the sale of its 45% stake in Malampaya to Udenna Corp. 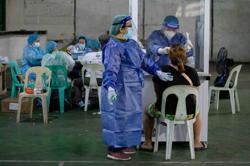 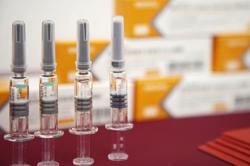 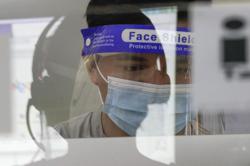