A file photo of a Chinese navy patrol in Fiery Cross Reef in the South China Sea. Run-ins between China and claimant Asean states, such as the Philippines and Vietnam, in the disputed waters have increased this year. - Reuters

SINGAPORE, Sept 19 (The Straits Times/ANN): China could abandon the nine-dash line - which underpins its claim of up to 90 per cent of the disputed waters in the South China Sea - without hurting its long-term interests, said a China military expert.

"This is the time for China to give up the nine-dash line. It doesn't work in its interest," Dr Li said yesterday at a webinar on the maritime dispute organised by the EAI and the ISEAS - Yusof Ishak Institute.

The speakers at The South China Sea Dispute: United States-China Rivalry, Lawfare and the Prospects for a Code of Conduct, mostly academics from both think-tanks, agreed that Asean and China were unlikely to issue guidelines on actions in the South China Sea by next year's deadline, given the pandemic.

Run-ins between China and claimant Asean states, such as the Philippines and Vietnam, in the disputed waters have increased this year.

Tensions are also escalating between China and Indonesia.

The latter lodged a protest with Beijing earlier this month after a Chinese coastguard ship spent two days in Indonesia's exclusive economic zone, off the Natuna Islands.

China's nine-dash line, which is in conflict with international maritime law but is used by Beijing to claim waters around the Natunas, is at the heart of the dispute. Dr Li said that Chinese coastguards have had to enforce their jurisdiction according to the nine-dash line and "that caused all the problems with the coastal states".

He added that abandoning the nine-dash line will serve China's interests, including boosting the country's soft power.

He pointed out that China had conceded parts of the nine-dash line before, in the early 1950s, when it removed two dashes as a gesture to its communist comrades in northern Vietnam.

But Chinese leaders might face a backlash from institutions such as the People's Liberation Army (PLA) if they make similar concessions again, he said.

"What really drives Chinese foreign policy is not so much public opinion as it is institution dynamics," he added.

"If China really decides to modify the nine-dash line... I don't think the PLA will like that."

"China did erase two dashes... but again, in 2010, it added another dash in the East China Sea. So, I'm not sure whether China really makes concessions regarding the nine-dash line," said Dr Le.

"But I totally agree with Dr Li that it would be a great idea and good for China's soft power if it dropped the nine-dash line altogether," he added.

In 2016, an international tribunal in the Permanent Court of Arbitration in The Hague ruled that China's claim in the South China Sea - using the nine-dash line - had no legal basis, after the Philippines brought the case to the court. 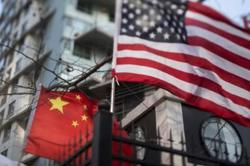 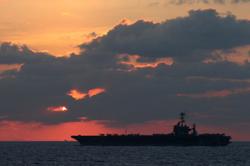