Despite the “ticklish” issue of the Philippines’ claim to Sabah, President Rodrigo Duterte appealed to Malaysia’s “humanitarian sense” in helping Filipinos in that disputed area. - AP

MANILA, Philippines, Sept 15 (Philippine Inquirer/ANN): Despite the “ticklish” issue of the Philippines’ claim to Sabah, President Rodrigo Duterte appealed to Malaysia’s “humanitarian sense” in helping Filipinos in that disputed area.

“That has been a very ticklish issue between our government and we are trying to appeal to the humanitarian sense of the Malaysian government to please help our citizens in your country as we would do for your citizens if they are in our country, ” Duterte said in a Cabinet meeting televised on Monday.

At that meeting, Defense Secretary Delfin Lorenzana said 3,000 Filipinos in Sabah had been awaiting repatriation while 2,000 had already returned to the country.

Last month, Malaysia issued a note verbale rejecting the territorial claims of the Philippines over Sabah.

Earlier, Foreign Affairs Secretary Teodoro Locsin Jr. commented on a tweet of the U.S. Embassy in the Philippines. He told the embassy that “Sabah is not in Malaysia.” 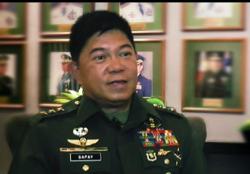 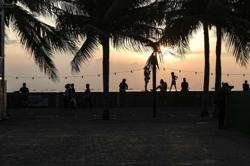 Philippines: Covid-19 cases near 270,000 as Duterte looks at vaccine from China, Russia