File photo of Pemberton being escorted to his detention cell upon arrival at Camp Aguinaldo at suburban Quezon city, northeast of Manila, Philippines in 2015. - AP

MANILA (AFP): President Rodrigo Duterte's pardon of a US marine convicted of killing a transgender woman should help the Philippines gain access to coronavirus vaccines being developed by American companies, his spokesman said on Thursday (Sept 10).

"I accept the reality that the President is upholding the higher national interest," spokesman Harry Roque said, although he insisted he was expressing a personal opinion, not that of Duterte.

Duterte sparked controversy earlier this week for granting a surprise pardon to Lance Corporal Joseph Scott Pemberton, who was halfway into a 10-year sentence for killing Jennifer Laude in October 2014.

Laude was found dead in a motel room in the northern Philippines hours after she met the American at a bar in Olongapo city.

Roque said the pardon was linked to Duterte's desire to win swift access to a vaccine against a virus that has infected about a quarter of a million Filipinos, killing more than 4,000 of them.

"As we all know, our President has emphasised the need for a vaccine," Roque told a virtual news conference.

"The grant of a pardon to Pemberton is in line with our President's desire that the Philippines should also benefit when Americans do develop a vaccine," he said, stressing he was stating his personal opinion.

Duterte's action has cleared all legal obstacles to the soldier's release after a local court ordered him freed early on the grounds of good behaviour.

Roque -- himself in quarantine after an aide tested positive for the virus -- previously served as a lawyer for the victim's family in the high-profile trial.

He rejected suggestions the Philippines was swapping its sovereignty for a coronavirus vaccine. 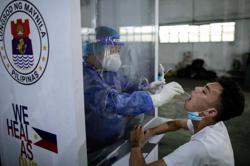 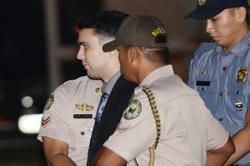 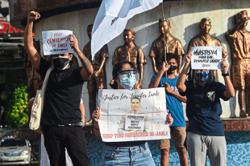