She was reportedly undergoing treatment at a hospital in state capital Lucknow.

Kamal is the first senior politician and a minister in any state government across the country to have died of Covid-19.

Aged 62, Kamal had tested positive for the novel Coronavirus on July 18.

She served as the Minister of Technical Education in the Uttar Pradesh government.

State Chief Minister Yogi Adityanath expressed his condolences on her demise, saying that the state had lost a committed political leader.

Indian President Ram Nath Kovind tweeted: "Saddened by the untimely demise of Kamal Rani, cabinet minister in the Uttar Pradesh Government. Well respected for serving people at the grassroots, she had also served as an MP in the Lok Sabha twice.

"My condolences to her family and followers."

He is undergoing required treatment. 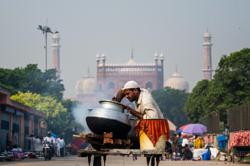