In South China Sea, Philippines is stuck between a pebble and a hard place

HONG KONG, Aug 2 (South China Morning Post): As Philippine and Chinese diplomats seek to strengthen their relationship and describe the disagreement over the South China Sea as a “little pebble” in the road to closer participation, a survey has highlighted how this view is not shared by many Filipinos, whose trust in China has decreased as the territorial dispute drags on.

On July 22, Foreign Affairs Secretary Teodoro Locsin, Jr described the South China Sea as an “avenue of cooperation” between China and the Philippines.

“An avenue leading to mutually beneficial economic progress but in that road there is a little pebble called our feature and it’s ours. And on that pebble we might one day stumble and if we stumble it really will be bad, but in the meantime we can go around it. There are other areas of cooperation, ” he said.

Chinese ambassador to Manila Huang Xilian on Monday told a webinar hosted by the Manila-based Philippine Association for Chinese Studies and Jinan University’s Centre for Philippine Studies that he agreed with Locsin’s comments.

“As Honourable Secretary of Foreign Affairs Locsin said, the South China Sea issue is not the sum total of China-Philippines relations, ” Huang said in his keynote speech. “It is just a little pebble on the avenue leading to our mutually beneficial economic progress, and we mustn’t stumble over the little pebble.”

Locsin reacted to Huang’s statement the next day by tweeting: “Agree to disagree on the Arbitral Award. Civilised.”

He added that the dispute remains, and the Philippines and China “agree to disagree and continue disputing each other’s entitlement by law on our part and claim on China’s part”.

In his speech, Huang named three challenges to the relationship between the two countries: the lingering maritime dispute; the negative sentiment on China caused by Philippine politicians who keep on “slandering” the mainland; and “the alarming external disruptions” by some superpower he did not name, but was probably referring to the United States.

“Glutted with cold-war mentality, some superpower is instigating the containment and oppression of China in every possible way, trying to sow discord among regional countries, and even forcing them to choose sides. Under such pressure and complicated circumstances, it takes the Philippines’ strategic insight and strong will to uphold its independent foreign policy, ” Huang said.

“As in any relationship, however, there are a few differences. The West Philippine Sea is one such issue. There are contentious issues between the Philippines and China with regard to this matter, but there is a clear understanding between the two sides that the disputes are not the sum total of the Philippines-China relationship and should in no way be a hindrance to the continuing development of other areas in the bilateral relations, ” Sta. Romana said.

“More importantly, ” he added, “there are mechanisms in place for the two sides to openly discuss and manage the differences, and continue to find solutions, as well as the way forward on this issue.”

He was referring to the Bilateral Consultation Mechanism (BCM) and the ongoing talks on the Code of Conduct in the South China Sea, which his Beijing counterpart also urged as the way “to manage maritime disputes through friendly dialogue and consultations”.

On Tuesday, China’s foreign ministry spokesman Wang Wenbin said China recognised all countries’ “right to uphold an independent foreign policy and to develop foreign relations based on its national interests”. 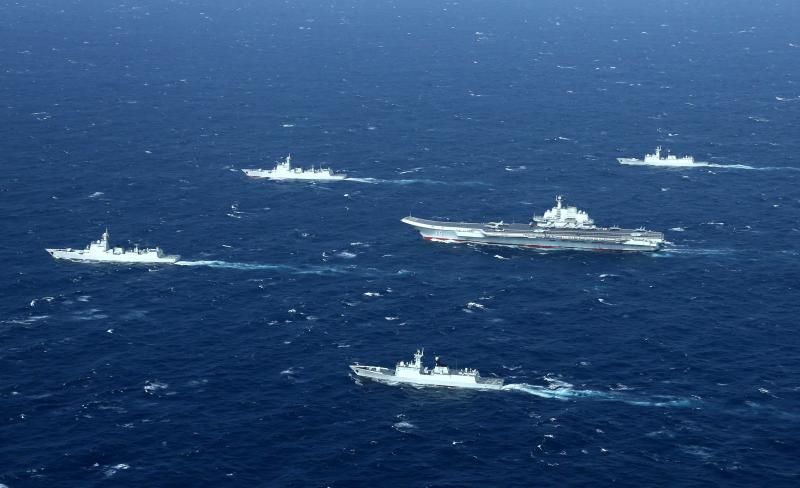 This came after President Rodrigo Duterte’s statement during his State of the Nation Address on Monday that Manila will not allow the US to have military bases in the country.

“President Duterte’s policy propositions are in keeping with the fundamental interests of the Philippines, the shared aspiration of regional countries, and the trend of the times for peace and development, ” he said.

“We appreciate President Duterte’s remarks and stand ready to properly resolve maritime disputes with the Philippines through friendly consultations to jointly safeguard peace and stability in the South China Sea and the entire region, ” Wang said, adding that the Philippines, as a “friendly neighbour”, will have priority once a Covid-19 vaccine is developed.

The “little pebble” that Locsin and Huang referred to was also mentioned by China-Philippine relations expert Aaron Jed Rabena in the same webinar.

Rabena, who has a PhD in international relations from Shandong University in China and is now a research fellow at the Asia-Pacific Pathways to Progress, questioned why China’s help in combating the coronavirus outbreak in the country was “unappreciated” by many Filipinos.

He asked what could be done to “reverse the tide of China’s unpopularity” in the Philippines and ensure strong relations, even after Duterte’s term in office ends in 2022.

Meanwhile, trust for the United States fell from “very good” to “good”.

Rabena partly blamed this on tensions in the South China Sea or West Philippine Sea, where China is “perceived as a hostile state”.

He said China faced a major public relations problem in the country, with Filipinos perceiving Chinese goods as cheap, of low quality and mere knock-offs, and China as being the source of most illegal drugs and the coronavirus.

Foreign media also played up issues such as the “debt track narrative” of borrowers from the mainland; the “China threat narrative”; the “misbehaving Chinese tourists” stories; and the criminal activities linked to Philippine online gaming operators (Pogos).

Rabena clarified that the Chinese government is not involved in Pogos, and they are not a “strategy to infiltrate the Philippines”.

“In fact, the Chinese government wants the Duterte government to ban Pogos because gambling is illegal in China, ” he said. “It’s the Philippine government that wants Pogos to continue to operate, perhaps because of the economic gains, but there are also many social costs.”

Rabena noted that China’s efforts to address its public relations problem backfired when it released a music video of a song entitled One Sea while it was conducting activities in the South China Sea, so this “did not sit well with many Filipinos”.

Public opinion in the Philippines was important to China as it affected both domestic and foreign policy, he said, citing how Duterte was placed under pressure at home to bring up the arbitral award in his meeting with President Xi Jinping last August.

“For China, I think it needs to understand that the Philippines has its own domestic audience so that’s why from time to time the Philippine government needs to show its strong resolve, ” Rabena said.

China also had to improve its public relations strategy in the country, taking into account the implications of its actions in the South China Sea, he added.

Duterte, meanwhile, needed to tone down his “excessive praise or special preference for China” and show toughness against tax-evading and illegal Pogos, which he had described as “clean”.

Rabena said both states needed to fast-track negotiations on loans and investments worth US$24 billion pledged by China in 2016.

Despite the tensions between the two countries, Rabena said Duterte’s foreign policy had not reverted to that of former president Benigno Aquino III, and there was no “express support” for US government positions.

“The Philippines does not still name and shame China, and the Philippines has still not gotten a taste of China’s ‘wolf warrior’ diplomacy. So I guess things are still stable and on track, ” he said. - South China Morning Post/Asian News Network

Philippines , South China , China , Many Issues , Yet To Be Sorted

Duterte to join UN meeting for the first time 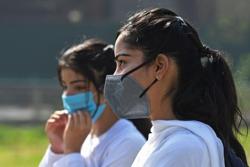 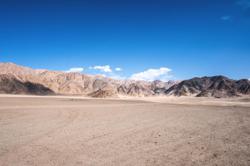 India, China military commanders to meet on Chinese side of LAC Sept 21