HANOI, June 27 (AP): South-East Asian leaders held their annual summit by video on Friday to show unity and discuss a regional emergency fund to respond to the immense crisis brought by the Covid-19 (coronavirus) pandemic.

Long-divisive South China Sea conflicts were also in the spotlight.

The leaders of the Association of South-East Asian Nations (Asean) talked online due to regional travel restrictions and health risks that delayed dozens of meetings and shut out the ceremonial sessions, group handshakes and photo-ops that have been the trademark of the 10-nation bloc’s annual summits.

Vietnam, the current Asean chair, had planned face-to-face meetings, but most member states assessed it was still too risky for leaders to travel. Still, it organized a colourful opening ceremony with traditional songs and dance in Hanoi for about 200 Vietnamese officials and foreign diplomats.

They showed up without masks and sat close to each other while the heads of state watched remotely on their screens.

"The Covid-19 pandemic is a test for Asean,” Vietnamese Prime Minister Nguyen Xuan Phuc said. He said the outbreak "is fanning the flame of dormant challenges" in the political, economic and social environment and helping escalate frictions among major powers.

South-East Asian nations have been impacted by the pandemic differently, with hard-hit Indonesia grappling with more than 50,000 infections and more than 2,600 deaths, and the tiny socialist state of Laos reporting just 19 cases. 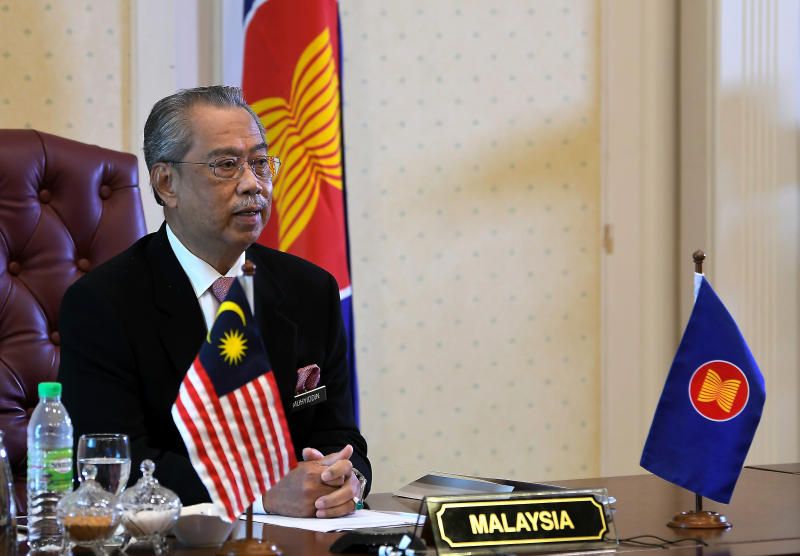 The diverse region of 650 million people, however, has been an Asian Covid-19 hot spot, with a combined total of more than 138,000 confirmed cases that have well surpassed those of China, where the outbreak started.

The economic toll has been harsh, with Asean’s leading economies, including Singapore, Indonesia, Thailand and Malaysia, facing one of their most severe recessions in decades.

"We recognised the significant cost and unprecedented challenges to the region and the world caused by the coronavirus disease pandemic,” Vietnam said on behalf of the Asean states in a draft communique to be issued after Friday’s summit.

"We noted with grave concern the human and socioeconomic costs caused by COVID-19 and remained committed to implementing targeted policies to instill confidence that Asean is at the forefront of this critical battle,” it said.

A high-priority project is the establishment of an Asean Covid-19 response fund which could be used to help member states purchase medical supplies and protective suits.

Thailand has pledged to contribute and Asean partners, including China, Japan and South Korea, were expected to announce contributions after the terms of the fund were recently finalized, a senior South-East Asian diplomat told The Associated Press.

A regional stockpile of medical supplies has also been approved and the group will undertake a study to be financed by Japan on the possibility of establishing an Asean centre on public health emergencies, said the diplomat, who spoke on condition of anonymity because of a lack of authority to speak publicly. While the bloc has tried to project unity, it has been riven by longstanding rivalries and disputes, particularly in the South China Sea that mainly involve four of its members - Vietnam, the Philippines, Malaysia and Brunei - pitted against China’s claims to one of the world’s busiest waterways. It’s also a crucial battleground for influence by Beijing and Washington.

The lingering disputes, along with the plight of Rohingya Muslims from Myanmar who are languishing in crowded refugee camps in neighbouring Bangladesh, were among the most thorny issues on the Asean agenda.

"We underscored the importance of non-militarisation and self-restraint in the conduct of all activities by claimants and all other states, which could further complicate the situation and escalate tensions in the South China Sea,” the draft Asean communique said.

Philippine President Rodrigo Duterte stressed the need for an early conclusion of an effective "code of conduct,” a regional pact which aims to tame aggression in the waters. The pandemic, however, has indefinitely delayed negotiations for the accord.

On Saturday (June 27), Asean leaders said a 1982 UN oceans treaty should be the basis of sovereign rights and entitlements in the South China Sea, in one of their strongest remarks opposing China’s claim to virtually the entire disputed waters on historical grounds.

The leaders of the association in a statement issued by Vietnam on Saturday on behalf of the 10-nation bloc.

"We reaffirmed that the 1982 UNCLOS is the basis for determining maritime entitlements, sovereign rights, jurisdiction and legitimate interests over maritime zones,” the statement said.

The leaders were referring to the United Nations Convention on the Law of the Sea, a 1982 international agreement that defines the rights of nations to the world’s oceans and demarcates stretches of waters called exclusive economic zones where coastal states are given the right to exclusively tap fishery and fuel resources. They said in their statement that "UNCLOS sets out the legal framework within which all activities in the oceans and seas must be carried out.”

Chinese officials did not immediately comment on the statement, but three South-East Asian diplomats told The Associated Press that it marked a significant strengthening of the regional bloc’s assertion of the rule of law in a disputed region that has long been regarded as an Asian flash point.

They spoke on condition of anonymity due to a lack of authority to speak publicly.

As Asean’s leader this year, Vietnam oversaw the drafting of the "chairman’s statement,” which was not a negotiated document but was circulated among other member states for consultation. vietnam has been one of the most vocal critics of China’s assertive actions in the disputed waters.

China has taken increasingly aggressive steps in recent years to bolster its claims to the strategic waters, which it vaguely marks with a so-called nine-dash line that overlaps with the coastal waters and territorial claims of Asean member states vietnam, Malaysia, the Philippines and Brunei. Taiwan has also staked a claim in vast stretches of the disputed waters.

In July 2016, an international arbitration tribunal invalidated China’s vast historical claims to the waters based on UNCLOS. China refused to participate in the case and dismissed the ruling as a sham.

China in recent years transformed seven disputed reefs into missile-protected island bases, including three with military-grade runways, and continues to develop them in actions that have set off protests and alarmed rival claimant states, as well as the United States and its Asian and Western allies.

In recent months, China has come under fire for what rival claimants say were aggressive actions in the disputed waters as countries were scrambling to deal with the coronavirus. 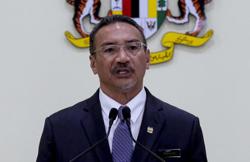