Brunei schools to reopen on June 2 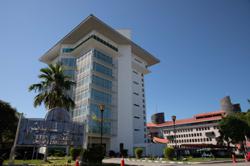 BANDAR SERI BEGAWAN: The Ministry of Education (MoE) yesterday announced plans to have students return to classrooms starting next month.

“With the advice and cooperation of the Ministry of Health (MoH), all primary and secondary schools, sixth-form centres, vocational schools and the Institute of Brunei Technical Education (IBTE) under the jurisdiction of the Ministry of Education and the Ministry of Religious Affairs (MoRA), along with private schools, will re-open for classroom learning in phases, starting from June 2, ” said Minister of Education Dato Seri Setia Awang Haji Hamzah bin Haji Sulaiman during the daily press conference at the MoH building on Friday (May 22).

The Ministry of Education (MoE) recently conducted a dry run of student activities, ranging from the time needed to transport students to school and home, in preparation for the re-opening of the new school session on June 2, following a long break due to the Covid-19 outbreak in the country and Hari Raya Aidilfitri holidays.

The dry run also featured the application of social distancing rules in a school setting, such as the classroom and canteen, as well as those attending schools in Kampong Ayer.

The minister added that the re-opening of the new school term will be rolled out in stages, with June 2-13 being the first phases for students sitting for public exams.

“The second phase will be announced in the near future, once we have received the green light from relevant government agencies, ” he said, while calling for parents to contact school authorities for enquiries.

The minister also said the guidelines were drawn from the advisory issued by the Ministry of Health (MoH).

He added, however, that “it is the discretion of the school how to teach the students”, though “teachers will have to conduct physical classes as well as to guide the students on how to practise social distancing while monitoring their movements around the school premises”.

The MoE is currently working with United National Networks (UNN) and telecommunications service providers to come up with an educational pack for students.

“It is a massive undertaking, ” he said.

Brunei reported no new Covid-19 cases for the last two weeks with the national tally of cases standing at 141. There has only been one death so far. - Borneo Bulletin/ Asian News Network 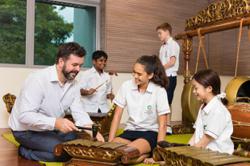