Speakers at the Vietnam–UK Business Forum, which took place in London on May 25. — VNA/VNS

He made the statement at the Vietnam-UK Business Forum held by the Ministry of Industry and Trade and the Ministry of Agriculture and Rural Development, in collaboration of the UK Department of International Trade (DIT) in London on Wednesday (May 25).

The forum discussed prospects for trade and investment between the two countries’ enterprises in agriculture, education, renewable energy and others. It also provided a platform for Vietnam to introduce its market potential to British investors and for firms from both sides to share information and seek partnerships to make the most of the UK-Vietnam Free Trade Agreement (UKVTFA).

The UK remains a major and trusted partner of Vietnam, Tiến said, noting that agricultural cooperation between the two nations has made significant progress over recent years.

He expected British companies will form close and trusted joint ventures and partnerships with Vietnamese agri-businesses and farmers.

Vietnam is the most dynamic market in Indo-Pacific and the Việt Nam-UK relations are growing strong, said Secretary of State at DIT Penny Mordaunt. Bilateral trade has doubled over the last decade and the UKVFTA has brought tremendous benefits to sectors and enterprises from both countries, she added.

She further emphasised that Vietnam and the UK hold massive potential in trade and the two sides should cooperate to fully unleash it.

Director of TT Meridian Thai Tran suggested that in order to boost the bilateral business ties, it is crucial for Vietnam and the UK to provide their companies with better understanding of each other’s market, for example, standards, consumer habits, business culture and trade barriers.

On the same day, the 12th meeting of the Vietnam–UK Joint Economic and Trade Committee (JETCO12) took place under the co-chair of Vietnamese Deputy of Industry and Trade Đặng Hoàng An and Secretary of State Mordaunt.

The two sides agreed to jointly increase high-level delegation exchanges in celebration of the 50th anniversary of the two countries’ diplomatic ties (1973-2023). 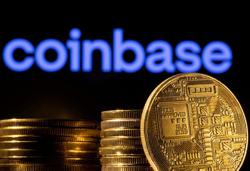