Youth of today: Over 2,000 kids attended Microsoft's WeSpeakCode event, where they were introduced to coding. 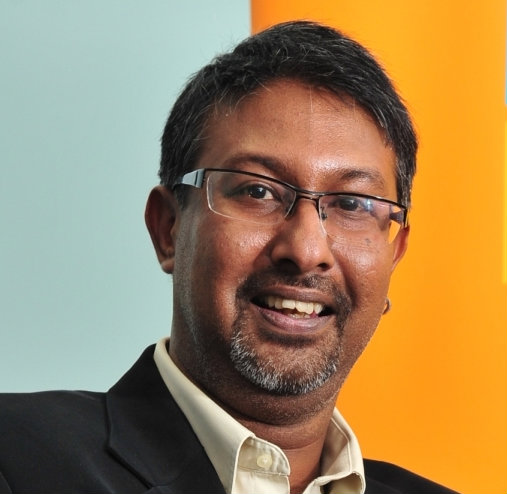 We are giving a shout out to the architects of today’s digital world on Programmers’ Day, which is typically celebrated on 13 Sept, the 256th day of the year. The number 256 was chosen because it is the number of distinct values that can be represented with an eight-bit byte.
As we celebrate the positive changes that programmers make to improve our everyday lives, here are 10 things you might not have known about programming or coding, and how it might benefit you to pick it up.

2. The first computer programmer was a woman, and has a programming language named after her
For all the talk about a lack of women in tech these days, few know that Ada Lovelace, daughter of the famous poet Lord Byron, is widely recognised as the very first computer programmer. Her mother had received mathematical training and was insistent that her daughter study it, too. Ada is known for furthering Charles Babbage’s work on the Analytical Engine, an early mechanical general-purpose computer. The Ada programming language was named in her honour.

3. It pays to know coding
We live in a world with nearly everyone using a mobile phone or a computer, with most using both. The world is increasingly full of web services, such as YouTube, Netflix and Facebook. All this points to where future jobs and skills are likely to be in demand – and knowing how to code will help you become relevant to the future workplace. In fact, market research firm Evans Data estimates that the global software developer population has just about doubled since 2010 to around 19 million people, and is expected to grow to 25 million by 2020.

4. Picking up programming can be relatively inexpensive
With online resources like Microsoft Virtual Academy, learning to code can be a cost-effective way to increase your skill set and advance your career. As a way to upgrade yourself, learning to code online can also be a cheaper option than going back to university, taking an average of three months instead of four years, and costing US$10,000 to 20,000 (RM43,000 to RM86,000) instead of US$50,000 to US200,000. (RM215,000 to RM860,000)

6. Computer codes played a pivotal role in ending WWII
Thanks to Alan Turing, an English computer scientist, the end of WWII was expedited by using his mathematical and cryptologic skills to decipher Enigma, the Nazis’ code machine. Intel from Bletchley Park, where Turing and his team were based, helped to save countless lives. For his contribution to modern computing, the Association for Computing Machinery (ACM) named its Turing Award after him.

7. Turing was also the inventor of the “Turing Test”, which distinguishes computers from humans
The “Turing Test” is more commonly experienced as Captcha nowadays, or Completely Automated Public Turing test to tell Computers and Humans Apart. Developed at Carnegie Mellon University, Captcha appears as distorted words or numbers on an online form, and humans have to type what they see to prove they are not bots.

8. The first computer bug was in fact a moth
In the 1940s computers filled up large rooms, and the warmth of the components attracted all sorts of insects. One day, operators were working on a computer at Harvard University when they realised that a moth had been crushed within the machine and put down in their log book, “first actual case of bug being found”. It’s believed this contributed to the widespread and popular use of the computer term.

9. There’s strong interest among Asia Pacific students
Interest in coding is growing in Asia Pacific. Three out of four students in the region want coding to be a core subject in school and are willing to take classes outside of school if given the opportunity, according to research by Microsoft Asia Pacific.

10. You can code without knowing how
Everyone, at any age, can learn how to code with the availability of games, visual editors and graphical user interfaces that simplify the coding process. When technology is synonymous with the future, it is never too early to start learning coding. Find games and tutorials on Code.org, Microsoft’s partner for #HourOfCode, an initiative to challenge 100 million people to learn to code.

Dinesh Nair is the director of developer experience and evangelism at Microsoft Malaysia.