Littering is the real problem

WE refer to the letter by Dr A. Soorian, “Plastic bags are killing the turtles” (The Star, Oct 19).

For the record, waste that has found its way to the marine environment is called marine debris.

It has been estimated that marine debris largely originates from land-based sources. A smaller percentage comes from ocean-based sources. These sources can be categorised into four groups:

> Tourism-related litter at the coast, including litter left by beach-goers;

> Sewage-related debris, including garbage such as street litter from storm drains during heavy rainfall;

> Fishing-related debris, including fishing lines and nets that are lost accidentally by commercial fishing boats or are deliberately dumped into the ocean; and

> Waste from ships and boats, including garbage accidentally or deliberately dumped overboard.

In the final analysis, marine litter is human-created waste that has been discharged into the coastal or marine environment.

For society to receive the benefits that plastics can provide, it is essential to properly recover them so that litter does not threaten our natural environment, including marine ecosystems.

However, plastic is present as debris in the marine environment as a result of poor or insufficient waste management, lack of sufficient recycling/recovery and bad human practices such as land and marine litter. The Malaysian Plastics Manufacturers Association (MPMA) is firmly committed to the principle that plastics do not belong in the world’s oceans and should not be littered – plastics should be responsibly used, reused, and recycled.

Plastic bags are often mistaken to be “harmful” because it does not degrade. But in fact, degradation causes the release of carbon dioxide, a greenhouse gas (GHG) that causes global warming.

Degradation in the absence of oxygen at landfills is harmful as methane gas, which is 22 times more harmful than carbon dioxide as a GHG, is released into the atmosphere. It is an established fact that global warming has resulted in changes in the global weather pattern that has caused massive hardship due to the adverse effects of floods, droughts, etc.

Rather than form an opinion based on perception, an equitable basis must be adopted to assess the carbon footprint of a material.

It is therefore necessary to measure all the parameters right from the initial stage of the raw material (“cradle”) up to its end of life (“grave”) at the disposal stage across all packaging materials.

This cradle-to-grave technique, also known as Life Cycle Assessment (LCA), is essential to judge holistically how a product impacts the environment.

Plastic bags – whether in terms of the total energy used, fossil fuel used or greenhouse gas emission – have the lowest environmental impact compared to other packaging materials.

This form of packaging has among the smallest carbon footprints, requiring 90% less energy to recycle and constitute 80% less volume than other materials.

Its waterproof characteristic makes it convenient for carrying wet food products in particular, while its strong mechanical properties gives it a much higher advantage in carrying heavier loads compared to any other carrier bag.

San Francisco passed an ordinance to ban plastic retail bags in 2007 to, among others, encourage the use of reusable bags. A 2008 survey (www.use-less-stuff.com) conducted in 25 grocery stores to monitor the implementation of the said ordinance found that few switched to reusable bags.

Instead, large amounts of paper bags, many with double bagging, were issued, causing an even greater environmental impact. It is critical to note that paper bags are more environmentally unfriendly compared to plastic bags on an LCA basis.

In March 2011, leaders from plastics associations across the globe signed the Declaration of the Global Plastics Associations for Solutions on Marine Litter (Global Declaration) to tackle a global problem: plastic litter in the marine environment.

To fulfil these commitments, more than 185 projects have been planned, underway, or completed since the Global Declaration was announced. The projects vary widely, from beach clean-ups to expanding waste management capacities, and from global research to awareness and education campaigns.

MPMA is one of the signatories of the 60 world plastics organisations in 34 countries that have signed the Global Declaration, which can be found at http://www.marinelittersolutions.com/ Littering habits are the real killers of marine life.

Blanket bans will not help the environment in any meaningful way when the real issue is litter, whether it is plastic, paper or metal. Litter and poor disposal of waste is how the environment is harmed.

The most appropriate long-term solution is and always has been to fight litter in all forms and implement an effective waste separation and recycling system. To succeed, this solution must be implemented through education, encouragement and finally, STRICT enforcement, especially against litterbugs.

MPMA launched its “Don’t Be A Litterbug” campaign in 2012 to address the source of environmental damage and to educate people on the need to properly dispose of waste. Various anti-litter and 3Rs programmes were organised under this campaign.

Let’s together make a pledge to protect the environment by doing two simple things – stop littering, and practise the 3Rs. 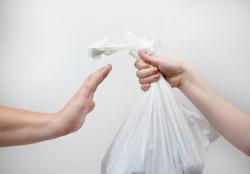