WE agree with the 25 top Malay figures that a solution must be found to “the continuing unresolved disputes on the position and application of Islamic laws in this country” in “Need for a consultative process” (The Star, Dec 8).

The disputes are rooted in the tension created by the marginalisation of Islamic law and administration in the Federal Constitution as state matters with very limited jurisdiction which goes against the wishes of Muslims, who constitute the majority here, to live under Syariah law.

The 2013 worldwide survey by the Pew Research Center found that “overwhelming percentages of Muslims in many countries want Islamic law (Syariah) to be the official law of the land” but applicable only to their country’s Muslim population.

In Malaysia 86% and Indonesia 72%, of Muslims participating in the survey favoured making Syariah the official law.

The top 25 Malay figures confirm the Pew survey finding when they write: “As Muslims, we want Islamic law, even more than civil law, to meet the highest standards of justice precisely because it claims to reflect divine justice.”

Muslims believe it is incumbent upon them to live according to the teachings of the Syariah; to enjoin the good and forbid evil and to promote justice.

For over a thousand years, before the coming of Western colonialism, Syariah played a central role in the lives of Muslims and in the state administration.

The colonisation of Muslim societies by the Western powers led to the ossification of the Syariah judicial system. Its jurisdiction was confined largely to legal issues connected with family and marital matters. It had no role in public law, commerce, trade, industrial relations and other important areas of human activity.

Hence, it was disabled by the colonial administration to grow and develop in order to meet the challenges of modernity.

On the impact of colonialism on the development of Islamic law in the Malay States, a British educationist R.J. Wilkinson wrote: “There can be no doubt the Muslim Law would have ended by becoming the law of Malaya had not British law stepped in to check it.”

No country can ignore the wishes of such large majorities without adverse consequences to stability and peace.

We need to find ways to accommodate the Muslim need for Syariah within a democratic constitutional framework without impinging on the rights of minorities.

Therefore, the Government should set up a high-powered committee to review our Federal Constitution and to recommend amendments to incorporate the needs of the Muslims and entrench the rights of minorities.

A constitution is not cast in stone as to be unchangeable. It is a living document and has to grow with the changing needs of our people.

The committee should consist of Muslim and non-Muslim experts on Constitutional law, Islamic law and other relevant fields.

It should, in addition to reviewing the Federal Constitution, address the weaknesses in the current truncated Syariah judicial system and make recommendations to overcome them.

The criticisms aimed at Islamic law and administration by the 25 top Malay figures are not helpful in promoting discussion and debate on the issues as they are too general for comment.

For example, they allege that Syariah Criminal Offences laws of Malaysia “are in conflict with Islamic legal principles and constitute a violation of fundamental liberties...”

They have not provided any evidence to support their bare allegation. The charge is serious for it reflects on the competence

of the state governments, state legal advisors and the Attorney-General.

How can they approve laws that are contrary to Islamic legal principles?

We are heartened by the initiative of retired senior civil servants, judge, diplomats and feminists to publicly address the alleged injustice and weakness in Islamic law and administration.

We hope they will show similar concern on other issues such as the growing disparity between the rich and poor, the destruction of our environment, erosion of moral and ethical values, corruption, abuse of power and issues of governance.

It will also be beneficial to the nation for them to share their knowledge, experience, expertise and time with civil society organisations to promote social-justice, environmental protection and national unity.

31. Ir Hj Asari Daud, former Deputy Director of DID; and 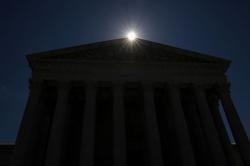