Bring us home once more, MAS

I WAS an airlines kid. To be specific, I was a MAS kid. My dad worked with the national carrier as a cashier (or an accountant without the degree, we like to call it), and I spent a lot of time (well, a lot more than kids my age back then) prancing around the Penang airport, slurping root beer from the old A&W outlet and playing with colourful plastic balls in KFC.

My dad wasn’t a pilot, nor was he some big shot manager in the company, but we all knew he held MAS in high regards all the time. Even though he’s cool as a cucumber and hardly gets excited about things, whenever he talks about MAS, his eyes would give a hint of a sparkle. Even until today.

I remember my first domestic flight as a YP (Young Passenger) at a tender age of nine. The cabin crew was so friendly and made me feel like a VIP on board (I was showered with colour pencils, crayons, colouring books, toys, and I got to be the first to board and leave the plane) and made sure that I was picked up by the correct person from the airport.

My love for flying grew, and there was once that I wanted to become the first female commercial pilot in Malaysia (but someone beat me to it, unfortunately).

My first international flight was with my family and my aunt’s family to Singapore, and soon, we would make family trips to Auckland, Sydney and Beijing (yes, we were on board MH370 many years ago, and we even got a free upgrade to business class on our way home).

And every single time we touched down on home ground, we would be greeted by the familiar and comforting line, “Thank you for flying with Malaysia Airlines. And to all Malaysians, welcome home.”

When my dad retired, I had the first taste of the reality of transitioning from MAS to budget carriers like AirAsia and other airlines alike. They’re not bad, they get me to the places I need to be – but they don’t have something MAS has.

They don’t give me the sense of homecoming as much as MAS does. Working for a national oil company has somewhat allowed me to see why my dad took so much pride working for a national carrier. If it wasn’t for ourselves (minus the cronies and politics), it was very much for the people. At least for me, it is.

So it’s sad when tragedies like MH370 and MH17 happen. Of all carriers, it had to be the one bearing our national flag. I hate to admit it, but it somewhat reflects where our country is heading.

Unity, tolerance, justice, democracy and racial harmony have all gone missing – and the way some powerful people have been making headlines with mindless remarks and threatening their own people shows that diplomacy, common sense and sensibility have all but crashed and burned.

Yet, they say, in every cloud there is a silver lining. While I see many fingers pointing and jabbing at MAS, I also see a number of people (citizens and non-citizens alike) waving their continuous support in flying with the national carrier.

Sceptics may call it blind loyalty, while others see it as hope. Hope that maybe, in the midst of adversity, unity can be found once again.

Just like MAS, it isn’t Malaysia’s fault for becoming who she is perceived today. She is just but a country, filled with abundance and resources but poor governance and recent events have smeared her good name.

Can they both be saved? I really don’t know. But what I do know is there are folks out there who are trying to, and that’s what really matters. Will I still fly with MAS? Yes, for as long as she exists (and my wallet allows).

Will I still want to be known as Malaysian? Despite some idiots who graze the front pages of our daily news, I am and will always identify as a Malaysian. No one makes nasi lemak nor speak three languages in one sentence like we do.

My heartfelt condolences go to those who have lost their loved ones in the MH370 and MH17 incidents. I, too, know someone who has perished in the tragic MH17 flight. But let us not let this parting be in vain.

Underneath the rubble and ashes of despair, I hope that we can all come to realise that we are not immortals, and that time is limited for us to salvage whatever good that is left in our country.

We may not have the power to bring MH370 home, or bring MH17 back to life – but we can try to search for the things that have gone missing for awhile now; unity, tolerance, justice, democracy and racial harmony. The core values that used to define us as Malaysians.

Then maybe, we’ll truly rejoice and celebrate whenever we hear the phrase,

“To all Malaysians, welcome home.”

> Wei Vern wrote this in memory of Elaine Teoh, an ex-schoolmate who will always be known for her smile. Elaine was the first Malaysian victim positively identified by forensic experts in the Netherlands. 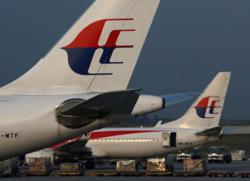 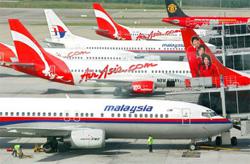