On the first day of operations, he said 1MDB took on a RM5bil debt, a minimal amount compared to the RM42bil it incurred on March 31, 2014.

“To execute business programmes, 1MDB generated its funds through the debt market.

“Why do we use debt? When we owe a debt, a discipline is created. The debt and interest must be paid and the principal must be returned,” he said.

Arul said incurring debts would allow ­government funds to be used in projects that benefited the public, such as construction for hospitals, schools and roads. Using the analogy of a house purchase, Arul said it was common to incur debts to gain assets. 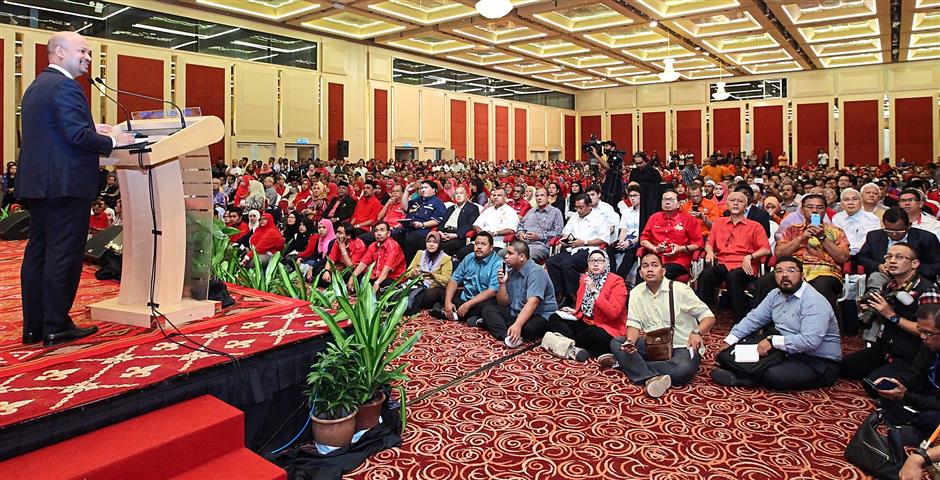 Arul was speaking at a briefing session organised by Umno at the Putra World Trade Centre, which was packed to the brim by the time it started at 8.30am yesterday.

“Problems arose on March 31, 2014, when we suffered RM665mil in losses. The reason for that loss is an interest cost of RM2.4bil. The challenge for 1MDB now is a business problem and not anything else,” he said.

The company’s debts swelled after it purchased assets, creating a “cash flow mismatch”. He added that it also needed money to pay for the infrastructure development of ongoing projects.

The Cabinet, he said, had scrutinised the rationalisation plan proposed by the company in May and was supportive of it, under which 1MDB would sell assets to clear its debts.

The Government, he said, would not be at a loss because it would still own 40% of Bandar Malaysia and 100% of the Tun Razak Exchange.

On controversies surrounding the company, Arul said that he had joined 1MDB in January and improved its communication with the public.

“There were some weaknesses in dealing with allegations before. This year, we answer as soon as queries come up,” he said, adding that over 90 press releases had been issued.

Arul also claimed that 1MDB was “the most investigated company” in the history of Malaysia, with five agencies probing it at the same time.

“Here we are, an open book. You have to have an open mind to read the book,” he said.