KUALA LUMPUR: An angry Matthias Chang (pic) had an outburst in the dock, saying he cannot stay in prison any longer because one of his cellmates is disabled and others have tuberculosis and are HIV-positive.

“It is not fair for me to wait for another two weeks. My prison mate is crippled and I have to clean him up, carry him to the toilet and clean up his faeces.

“The others have HIV and tuberculosis. Do you want me to be exposed (to the diseases)?” Chang stood up and said anxiously from the dock as the High Court refused him bail pen­ding decision on his application on Nov 18.

They allegedly committed the offence at five locations from June 28 to Aug 26.

The High Court is to decide whether the charge against them falls under the Security Offences (Special Measures) Act 2012 (Sosma).

Justice Mohd Azman, on hearing Chang’s outburst, said he understood, but Chang still did not manage to obtain bail finally.

Chang and Khairuddin’s family members were also heard expressing their anger from the public gallery.

At this point, the court policeman imme­diately approached and calmed them.

Earlier, defence counsel Mohammed Haniff Khatri Abdulla applied to submit on an inte­rim bail but DPP Mohd Masri Daud objected, stating that the defence could raise the issue on Nov 18.

Haniff replied that his clients had been in prison for six weeks now and the least the court could do was grant an interim bail.

Chang and Khairuddin were originally charged in the magistrate’s court.

Both face a maximum of 15 years’ jail under Section 124L of the Penal Code.

On Tuesday, the Federal Court ordered the High Court to decide if Chang and Khairuddin could be tried under Sosma. 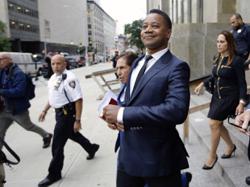 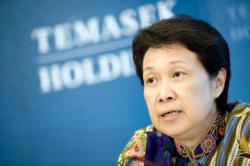