PETALING JAYA: The Human Rights Commission of Malaysia (Suhakam) believes that the violation of orang asli rights has led to their social and economic marginalisation.

As highlighted in the Commission's Report on the National Inquiry into the Land Rights of Indigenous Peoples, Suhakam found that the orang asli’s right to land, territories and resources have been violated.

"The Commission regrets that its many recommendations have not been acted upon and as a result, the orang asli community continue to face immense challenges, including marginalisation," said Suhakam acting chairman Datuk Dr Khaw Lake Tee (pic) in a statement.

Dr Khaw said that orang asli children in Malaysia continue to be deprived of access of quality education that is relevant and responsive to their specific cultural context and needs.

"The Commission, through its active engagement with the orang asli community over the years has found that many orang asli children have no possibility of attending primary school because there were no primary schools or teachers where they lived.

"Consequently, many orang asli children are illiterate," she said.

She noted that the nearest functioning school is often hours away from most villages.

"In this regard, the Commission regrets the decision of the Ministry of Education to close a number of primary schools in a few orang asli villages seemingly, because they were not economically feasible.

"Those schools were built within a close range of several nearby villages so as to ensure that the young children would not have to be physically removed from their families and their communities and placed in residential schools.

"As such, the Commission recommends that the Ministry of Education immediately allocate education resources to ensure that underserved populations, such as the orang asli children, have an equal access to education," Dr Khaw said.

Suhakam also recommends that the Government ensures that all schools are funded on a non-discriminatory basis.

Dr Khaw added that the Commission continues to receive complaints of abuse by teachers and is appalled by the actions of teachers who abuse, bully and/or mistreat orang asli children in their care.

"The Commission stands firm that discipline among children must be administered in a manner consistent with both the child’s dignity and the right to protection from all forms of violence," she said.

Suhakam therefore calls on the School Inspectorate and Quality Assurance Division of the Ministry of Education that monitors the implementation of curriculum and ensures quality of teaching and learning to explain their findings.

"The Commission reiterates that the right of every child to education on the basis of equal opportunity and without discrimination on any ground must be fully respected," said Dr Khaw. 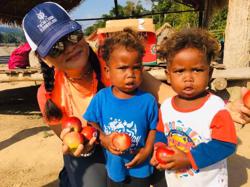