Duo come out with naked truth

KOTA KINABALU: Two of the four tourists remanded by police for desecrating Mount Kinabalu, a sacred site, have confessed to going naked while on the mountain.

Sabah Police Commissioner Datuk Jalaluddin Abdul Rahman said the confessions were recorded but he did not identify which two had admitted to the indecent acts.

“They also told us that one of the others had been naked with them,” he said.

The four were remanded yesterday while police hunt for six other tourists who were alleged to have committed the offence together.

In the news: The two women who were remanded.

They allegedly stripped naked and indiscriminately urinated atop Kinabalu on May 30 for pictures that were posted later on social media and which went viral.

Sabah’s Kadazandusun tribe revere the mountain and view the antics as an insult and desecration of a sacred place.

Brought before Magistrate Dzul Helmy were a 23-year-old male and his 22-year-old sister, from Canada; and a 23-year-old Dutchman and 24-year-old British woman.

British newspapers named the Briton as Eleanor Hawkins, the Canadian siblings as Lindsey and Danielle Petersen and the Dutch tourist as Dylan Snel.

The four were remanded for four days pending further investigations into alleged indecency.

Their lawyer, Ronny Cham, told the Guardian he requested they be held separately for their own safety, because of the level of public anger in Malaysia generated by the alleged stunt.

They were remanded until June 13 for investigations under Section 294(a) of the Penal Code for committing obscene acts in a public place.

They have yet to be charged in court.

If convicted, they face a maximum three-month jail term or a fine, or both.

The Briton was arrested in Tawau while the other three surrendered themselves at the Karamunsing police station.

Cham was asked by the Canadian High Commission to represent its citizens but he also stood in for the British and Dutch citizens in court. 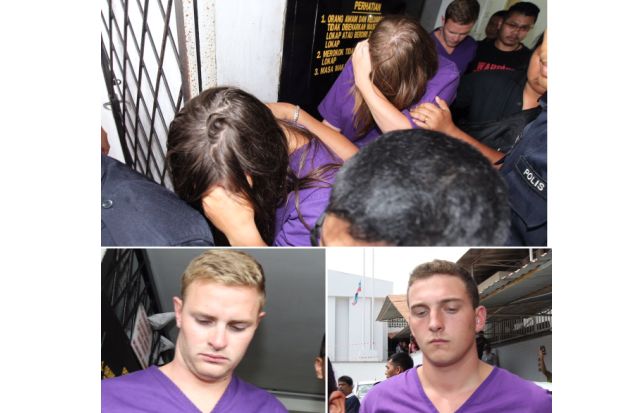 Handcuffed and dressed in the purple lock-up uniform, the tourists were brought to the courthouse at about 10am.

The two men were barefoot while the women hid their faces from the large group of newsmen outside. All four looked stunned as they were led in.

They were in the courthouse for about 30 minutes. Once the remand order was given, they were taken in four cars to the Karamunsing police lock-up.

Police believe the other six tourists, mostly Europeans, were still in the state.

“We are watching the exit points,” Jalaluddin said. 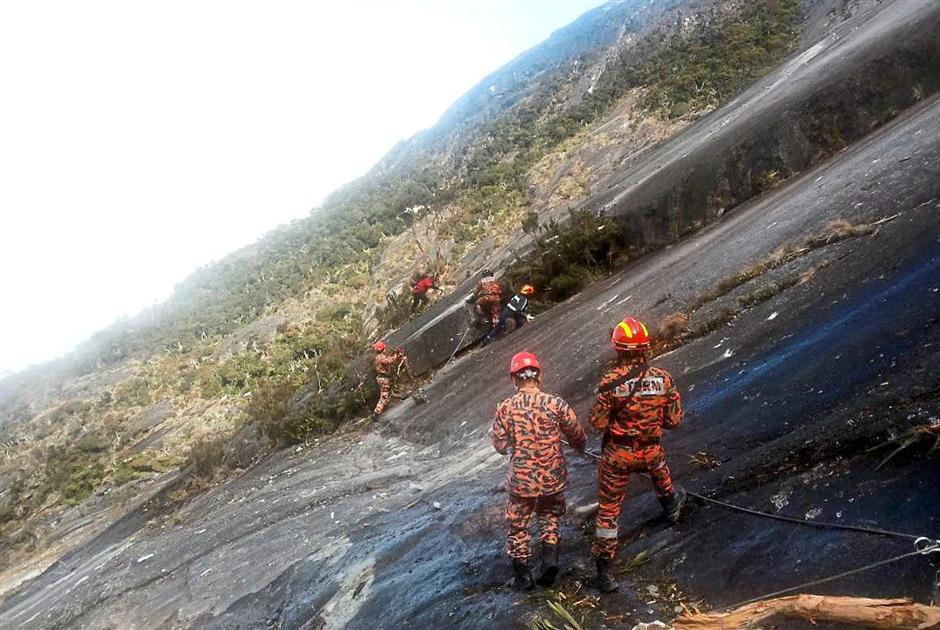 Final round: The search and rescue team doing a final mop up.

On June 5, a magnitude 5.9 earthquake struck the mountain and 18 people lost their lives.

Jalaluddin said six were Malaysians, nine were Singaporeans, and one each from the Philippines (a student of Tanjong Katong Primary School in Singapore), Japan and China.

The search and rescue operation for the victims ended yesterday.

But the operation, codenamed Ops Gempa, could be reactivated if more quakes occur in the area, said Jalaluddin.