Neutering proposed in place of controversial One Dog 10 Ringgit campaign

Its founder Dr Ranjit Kaur Mendhir (pic) said NAI, with help from other private veterinarians in the state, would help the council formulate a Trap-Neuter-Release-Manage (TNRM) campaign in the district.

"In fact, we would be glad to help the council kickstart the campaign by conducting the first session.

"Private veterinarians in Perak are very optimistic and want to help," she said, adding that they would also try to seek funding and sponsorship from private companies so that owners only need to pay minimum for medication.

Dr Ranjit added that the group had just carried out the same campaign in three different towns in the Philippines.

"With sponsorship from a private company, we managed to neuter 600 dogs and cats in just three days, apart from vaccinating hundreds of other animals.

"The towns' mayors were willing to let us use their ballrooms and offices to perform surgeries.

"Last year, we did the same in Johannesburg, South Africa," she said.

According to Dr Ranjit, NAI and private veterinarians in the state had this morning planned to march to Mentri Besar Datuk Seri Dr Zambry Abd Kadir's office in protest of the "One Dog 10 Ringgit" campaign organised by the council.

"We wanted to ask him why do this when everywhere in the world, governments are neutering dogs?

"The campaign is very barbaric. People will not only bring their dogs to the council, they may catch their neighbour's dogs or any dog that they see," she said.

Dr Ranjit related that she had immediately messaged state executive council Datuk Rusnah Kassim on Tuesday night after learning about the council's campaign, where members of the public were to be paid RM10 for each stray dog they brought to the council from today until June 12.

"She was pretty upset about it as I believe she is also an animal lover.

"The Behrang assemblyman later liaised with council president Khairil Akhtar Ghazali on the matter and by 11pm, we heard that the campaign had been cancelled," Dr Ranjit said, adding that Rusnah would also help NAI liaise with the council on its proposed TNRM campaign.

Meanwhile, the district council has put up a notice on its website to state that the campaign is focused on stray dogs that roam and cause nuisance to the local community.

"However, the Tanjong Malim District Council (MDTM) took note of and attention to all the comments and views of the community on this issue.

"For your information, this campaign will be terminated immediately and the DTM will review a more effective method for overcoming the problem of stray dogs often raised.” 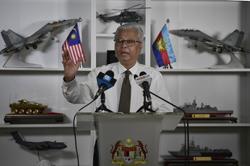 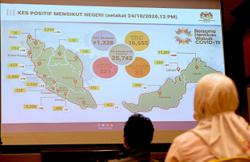 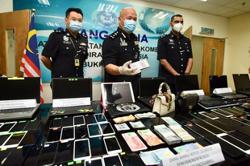