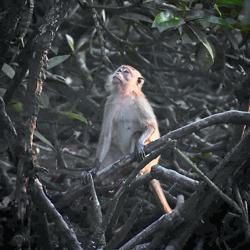 Tan's photo titled 'Back alley', which earned him the Youth Photographer of the Year prize in the 2015 Sony World Photography Awards.

PETALING JAYA: A still image of an alley behind a house where he grew up landed 19-year-old Tan Yong Lin the title of 'Youth Photographer of the Year" at the 2015 Sony World Photography Awards. Tan giving a speech after receiving his award.

Tan, who won the competition with his entry titled 'Back alley", said it was taken at his grandmother's house in Alor Setar, Kedah.

"I shot this during Chinese New Year when the sky was the clearest and brightest with stars.

"A flower plant can also be seen flourishing with limited resources and space," he said, adding that there were a lot of cats wandering around the back alley usually after dinner time, waiting to be fed by the people around there.

According to a press release by the World Photography Organisation (WPO) the youth competition is open to all photographers aged 19 and under and is judged on a single shot.

It said that Tan was flown to London and presented with his award and the latest Sony Digital imaging equipment at a gala ceremony attended by industry leaders.

"Fellow Malaysian Sim Mong-Yong, on the other hand, was selected from over 87,000 entries for a series called 'Greenvironment' which was awarded third place in the still life category," it said.

The competition by WPO and Sony claims to be the biggest photography competition in the world.