The press conference on missing flight MH370 been announced a call off at DCA office in Putrajaya.

PETALING JAYA: A press conference, widely speculated to be on the declaration of loss on the missing Malaysia Airlines flight MH370 plane, has been called off.

Bernama reported that Department of Civil Aviation Director-General Datuk Azharuddin Abdul Rahman is expected to make a statement at 6pm Thursday, which will be aired live on RTM1.

The plane was on a routine flight from Kuala Lumpur to Beijing when it disappeared off radars on March 8 last year with 239 people on board. 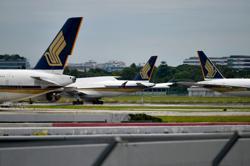