After the ceremony, Sultan Ibrahim and Raja Zarith were seen leaving the palace grounds around 11.45am. 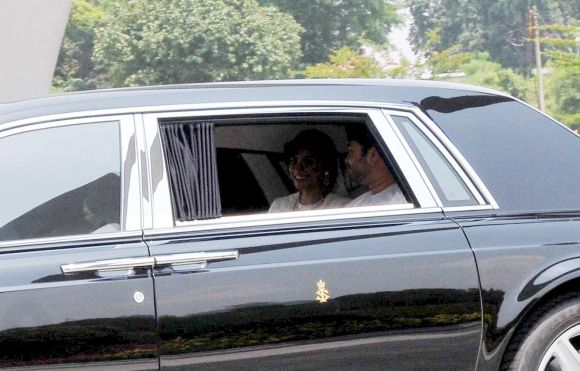 
Some 15 minutes later, both Tunku Ismali, 30, and Che' Puan Khaleeda left the palace grounds. They waved to pressmen waiting outside the palace gates.

While the akad nikah is a private affair, the istiadat persandingan (sitting together on the bridal dais) and the proceedings on Nov 8 will be shown live on large screens at Dataran Bandaraya here.

Johor Royal Council president Datuk Abdul Rahim Ramli said the rakyat could congregate along Istana Besar to catch the royal couple in an open-top car from Istana Bukit Serene to Istana Besar for next month’s ceremony at about 8.30pm.

Tunku Ismail is the eldest of Sultan Ibrahim and Raja Zarith's six children.

Khaleeda, daughter of Bustaman Daud and Aziyah Abdul Aziz, is the youngest of five siblings and was born in Kuala Lumpur.

PM under the spotlight
‘Wolves in sheep’s clothing must be banned’
I can ‘come back to life’, says Tajuddin
PAS to meet with Umno bigwigs to discuss direction of cooperation for GE15
The lure of Lion City
Make it convenient for us to segregate waste, say Malaysians
‘No quick fix for foreign worker shortage’
Nine Emperor Gods Festival comes to a grand finale
Military asset procurement needs end-user nod
Auto show is back with the latest and greatest