SEPANG: The Government has released the names of the 20 Malaysian victims on board downed Malaysia Airlines (MAS) flight MH17 whose remains will arrive in Kuala Lumpur on Friday.

Transport Minister Datuk Seri Liow Tiong Lai, who was at the joint press conference, said a reception to receive the second set of remains will be held on Sunday.

“As of yesterday, 30 Malaysian remains have been positively identified,” Liow said. 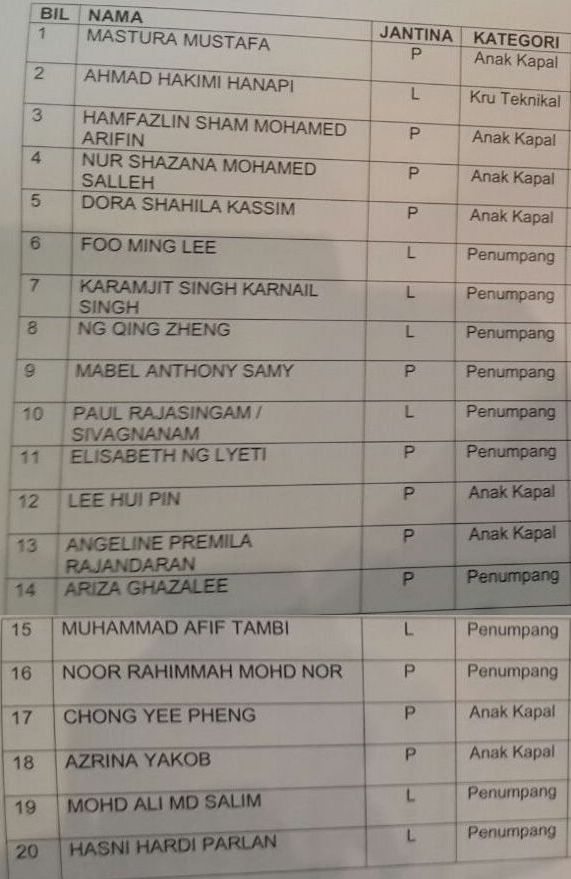