“This is encouraging as a result of the various efforts taken by the Government, including providing incentives like the opening of 8,883 preschool classes to accommodate 192,173 pupils.

“If enough attention is given to the preschool enrolment rate, the ministry is confident of achieving 100% enrolment across all levels by 2020,” he said.

On the Vocational Education Transformation initiatives, Muhyi­ddin said the number of students was raised to 20% through the cooperation and involvement of the private sector in providing the facilities.

“The changes in the national education landscape will make vocational education the main choice of students and their parents like what is happening in developed countries,” he said when unveiling the MEB Annual Report 2013 here yesterday.

The District Transformation Pro-gramme pioneered in Sabah and Kedah showed positive outcomes for the national examinations – the UPSR, PMR and SPM, said Muhyiddin, who is also Education Minister.

“Both states produced improved results, in fact their best since 10 years ago. The gap between rural and urban schools in Sabah and Kedah has become narrower and their achievement is much better than the national average,” he said.

Those initiatives were from a total of 25 implemented last year under the blueprint that was officially launched on Sept 6.

“The annual report is an important document which should be referred to for improved action. Whatever the achievements, they should serve as a guide for the ministry in drawing up better strategies and approaches,” said Muhyiddin. 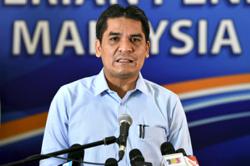 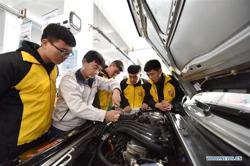