PERTH: A mini-sub hunting for Malaysian jet MH370 prepared to make a second mission to the remote Indian Ocean seabed Tuesday after aborting its first search as it encountered water deeper than its operating limits, officials said.

The unmanned submarine loaded with sonar to map the ocean floor deployed Monday night from the Australian ship Ocean Shield, which has spearheaded the hunt for the Boeing 777 that vanished on March 8.

"After completing around six hours of its mission, Bluefin-21 exceeded its operating depth limit of 4,500m and its built in safety feature returned it to the surface," Australia's Joint Agency Coordination Centre (JACC) said, without detailing the exact depth of operations.

"The six hours of data gathered by the Autonomous Underwater Vehicle is currently being extracted and analysed," JACC said.

The AUV had been due to spend up to 16 hours collecting data. 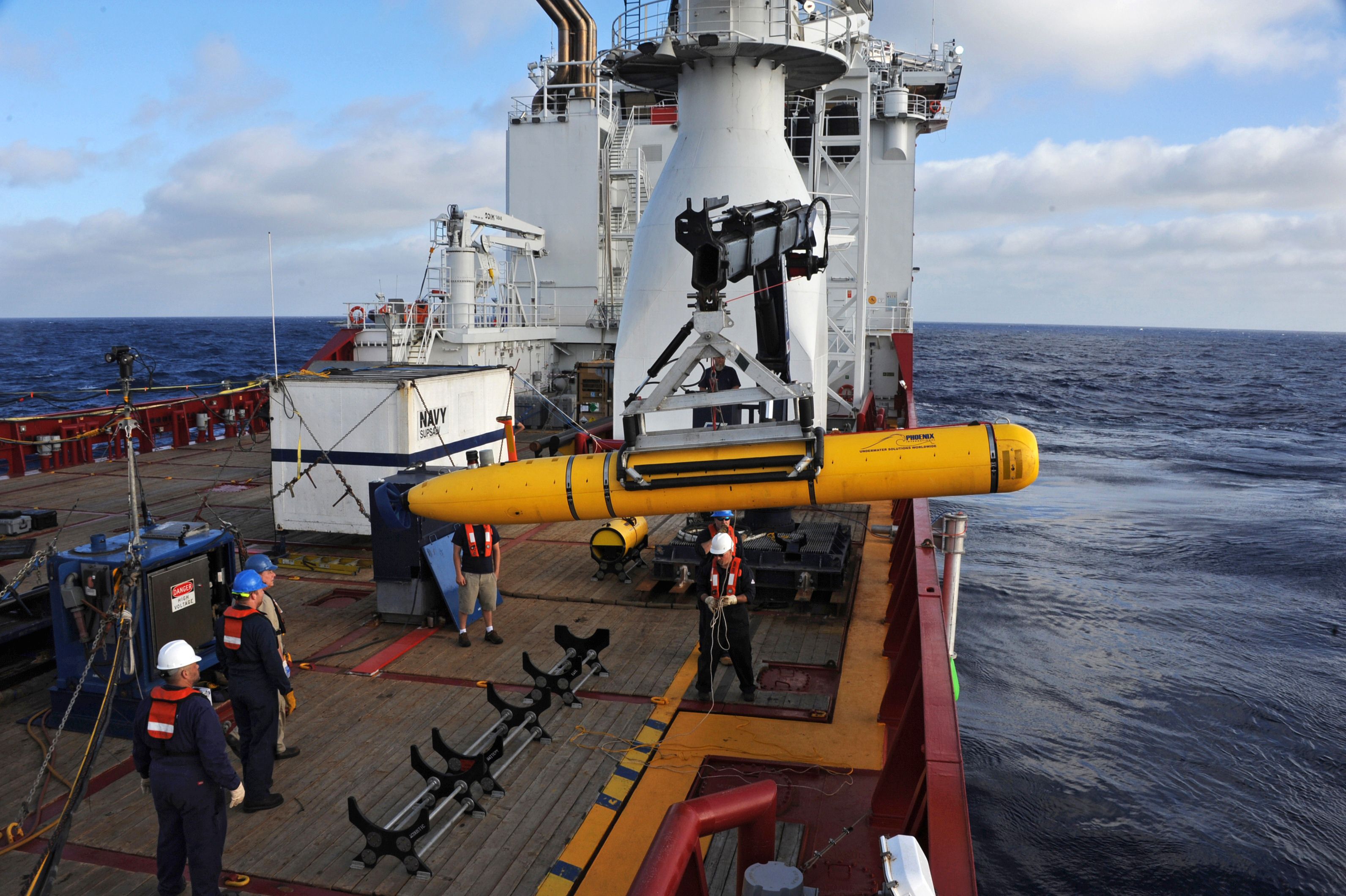 The mini-submarine getting ready to be lowered into the ocean.

"There's certain abort criteria that the vehicle has as it's executing its mission," he told CNN from Perth.

"If there's certain conditions that occur, it stops and it comes to the surface.

"It went to 4,500m and once it hit that max depth, it said this is deeper that I'm programmed to be, so it aborted the mission."

Matthews, a search and recovery expert, said the crew would now refine the task to cope with the depth encountered.

"It happened in the very far corner of the area it's searching. So they are just shifting the search box a little bit away from that deep water."

The US-made Autonomous Underwater Vehicle (AUV) Bluefin-21 would embark on a second mission during the day, weather permitting, JACC said.

JACC chief Angus Houston had announced Monday the end of weeks of listening for signals from the plane's black boxes and the launch of submarine operations.

The vehicle would survey the silty ocean floor for 16 hours at a time to gather a maximum amount of data, he said.

The forecast for the search zone 2,170km northwest of Perth is southeasterly winds with scattered showers and isolated thunderstorms, sea swells up to two metres and visibility of five kilometers.

Retired air chief marshal Houston also revealed Monday that an oil slick had been sighted in the search area, with two litres collected for testing.

Malaysia Airlines Flight MH370 went missing en route from Kuala Lumpur to Beijing with 239 people on board. The cause of the disappearance remains a mystery with no debris found despite an enormous search, involving ships and planes from several nations.

It would be a number of days before the oil could be conclusively tested ashore, but Houston said he did not think it was from one of the many ships involved in the hunt.

It is 39 days since the plane vanished and the batteries powering the black box tracker beacons had a life of only 30 days.

He stressed the enormous difficulties in working at great depths in such a remote location.

"This is an area that is new to man," Houston said.

"It's not sharply mountainous or anything, it's more flat and almost rolling, but we understand ... that part of the India Ocean has a lot of silt on the bottom.

"And if we have silt on the bottom, that can be quite layered, quite deep and that will complicate how things are on the bottom."

The Bluefin-21 is equipped with side-scanning sonar and will initially focus on 40 square kilometres (15 square miles) of seabed in the vicinity of the detected signals.

But Houston explained that the US-made vessel operates slowly, with each mission taking a minimum of 24 hours to complete.

The 4.93-metre long Bluefin device, which weighs 750kg, needs two hours to reach the bottom, where it produces a high-resolution 3D map before surfacing in another two hours.

Downloading and analysing data requires a further four hours. But while the mini-sub could take the search a step closer towards visually identifying any wreckage, Houston repeated his longstanding note of caution.

He noted that after Air France Flight AF447 crashed in the Atlantic Ocean in June 2009, it took nearly two years to retrieve the black boxes from a depth of 3,900m.

"However, this is the best lead we have and it must be pursued vigorously. Again I emphasise that this will be a slow and painstaking process," he said. - AFP