This handout image taken on April 1, 2014 and received on April 10, 2014 from the US Navy shows the Bluefin 21, Artemis autonomous underwater vehicle (AUV) being hoisted back aboard the Australia's Ocean Shield after a successful buoyancy test. - AFP

SYDNEY: Australian officials leading the search for Malaysia Airlines Flight MH370 in the southern Indian Ocean are weighing on Monday when to deploy an underwater robot to aid in the hunt for the missing plane.

MH370 disappeared soon after taking off on March 8 from Kuala Lumpur bound for Beijing with 227 passengers and 12 crew on board, triggering a multinational search that is now focused on the Indian Ocean.

Searchers are confident they know the approximate position of the Boeing 777 wreckage, some 1,670km northwest of Perth, after picking up several acoustic signals they believe are from its black box recorders.

With the batteries on the locators now two weeks past their 30-day expected life, the focus may soon shift to trying to find wreckage using sonar and cameras on a small unmanned "robot" known as an Autonomous Underwater Vehicle.

Two ships, one towing a sophisticated "towed pinger locator", are still criss-crossing the zone where four signals or pings were picked up, but the last was almost a week ago.

"This work continues in an effort to narrow the underwater search area for when the Autonomous Underwater Vehicle is deployed," the Australian agency heading the search said in a statement on Sunday.

The mystery has sparked what is on track to be the most difficult and expensive search and recovery operation in aviation history.

"Trying to locate anything 4.5km beneath the surface of the ocean about 1,000km from land is a massive, massive task and it is likely to continue for a long time to come," Australian Prime Minister Tony Abbott said at the weekend.

An aircraft's black box records data from the cockpit and conversations among flight crew and may provide answers about what happened to the missing plane, which flew thousands of kilometres off course after taking off. - Reuters 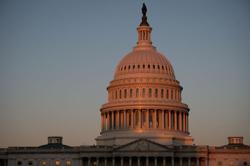 Mohd Shah passes on due to complications from stroke