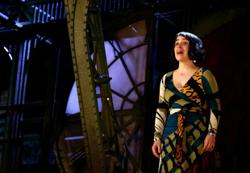 PETALING JAYA: Malaysian activists and leaders have paid tribute to Tenaganita director Irene Fernandez, who passed away at 10.58am Monday, calling her "amazing", a "hero" and "an outstanding person".

Fernandez was known in humanitarian circles and even outside as a strong voice in promoting and protecting the rights of the less fortunate, especially migrant workers.

Suhakam commissioner James Nayagam said that Fernandez was a human rights advocate to the word and was the voice for victims of human trafficking.

"She never looked for rewards and even risked her life to ensure victims received the justice and attention they needed. I hope the younger generation will follow in her footsteps," he said.

Rumah Nur Salam founder Dr Hartini Zainuddin said that Fernandez, 67, was an amazing person and one who was filled with conviction in defending her causes.

"She was a leader and she believed in protecting the rights of all. She didn’t sway from anything although there was a lot of pressure on her from various quarters," Dr Hartini said.

She added that Fernandez who was filled with compassion also had a sense of humour.

"She once told me, ‘Right is right. We must fight for rights of all.’ She was a giant among heroes in the country. She has left a huge gap."

Fernandez was awarded the right livelihood award in 2005, considered to be an alternate Nobel prize.

Subang MP R. Sivarasa said Malaysia had lost one of its most outstanding social activists.

He said that Fernandez was totally committed to the rights of the poor and the underprivileged, particularly women’s and migrant rights.

"She was not the kind of person who would be cowed by threats against her," said Sivarasa who represented Fernandez in court several times.

Tributes also poured in via Twitter and Facebook, with netizens expressing their sadness upon hearing of Fernandez’s demise.

Malek Husin tweeted that Fernandez even attended an anti-ISA rally back in 2009 even though she had trouble walking and required a cane to assist her.

Lawyer and former Bersih chairman S. Ambiga expressed her condolences and said, "Irene Fernandez. Always there for the marginalised, you have fought the good fight with passion and courage. Rest now my friend. RIP"

"Can’t deny #IreneFernandez’s courage + dedication 2 rights of oppressed. U will remain the legendary model 4 many. Condolences to fly. RIP," she tweeted.

Gerakan youth chief, Tan Keng Liang tweeted "Condolences to the family of the late Irene Fernandez. May you Rest In Peace #RIP."

"My deepest sympathy and condolences to the family of Tenaganita founder the late Irene Fernandez," he tweeted.