KUALA LUMPUR: Six people have died while three others are in critical condition due to methamphetamine overdose at the Future Music Festival Asia 2014 at Bukit Jalil Stadium.


City police chief Senior Deputy Comm Datuk Mohmad Salleh said the nine, ages from 21 to 28, collapsed during Friday’s event after consuming drugs at around 1.30am.

One person died on the spot in Bukit Jalil while another died on the way to the hospital. Four others died at the Universiti Malaya Medical Centre (UMMC ) and Universiti Kebangsaan Malaysia Hospital (HUKM).


Another four people, two of whom are in a coma, are in critical condition at both hospitals SDCP Mohmad said.

“All tested positive for high levels of drugs and the deaths have been classified as overdose.

“Throughout the two-days we arrested 22 people, three foreigners and seven locals, in possession of narcotics.

“In view of this incident and for the interest of public safety, we have advised the organisers to cancel Saturday’s event. Those who bought tickets should contact the organisers for refunds,” Mohmad said. 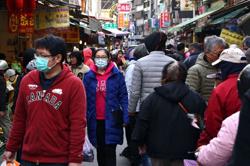