PETALING JAYA: U.S. officials have an "indication" the missing Malaysia Airlines plane may have crashed in the Indian Ocean and is moving the USS Kidd to the area to begin searching, according to ABC News.

It quoted a senior Pentagon official as saying that it will take another 24 hours to move the ship into position.

"We have an indication the plane went down in the Indian Ocean," the senior official said.

AFP reported that a second American destroyer, the USS Pinckney, remains in the Gulf of Thailand and it was unclear if it would remain in the international search effort after this week, officials said. 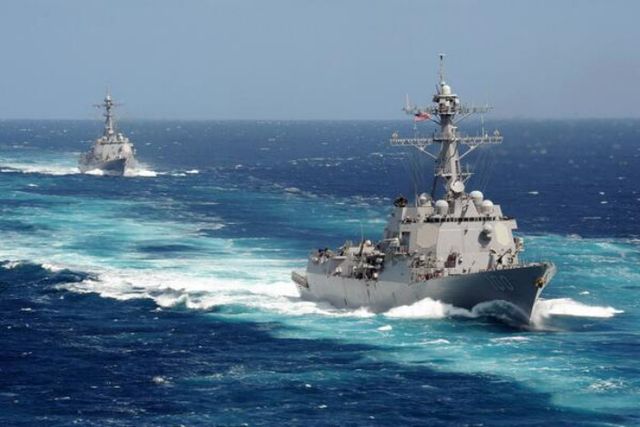 
The official said there were indications that the plane flew four or five hours after disappearing from radar and that they believe it went into the water.

The U.S. action came hours after Malaysian officials said they had extended their search into the Andaman Sea and had requested help from India in the search for the missing plane and its 239 passengers.

Investigators also said today that U.S. officials gave them reasons to keep searching the waters west of Malaysia, far from the flight path of the Malaysia Airlines plane.

Defense Minister Datuk Seri Hishammuddin Hussein said that the search’s “main focus has always been in the South China Sea,” which is east of Malaysia and along the plane’s route from Kuala Lumpur to Beijing.

But the search was extended earlier this week to include water far to the west on the other side of Malaysia.

“We are working very closely with the FAA and the NTSB on the issue of a possible air turn back,” Hishammuddin said, referring to the U.S. Federal Aviation Administration and National Transportation Safety Board.

"Under the circumstances, it is appropriate to conduct the search even if the evidence suggests there is a possibility of finding a minor evidence to suggest that ... the aircraft would have been there.”

Hishammuddin said it was possible the plane kept flying after dropping off of radar. "Of course, this is why we have extended the search," he said.

"I’ve heard of many incidents from many sources. Like we have said from the start, we have looked at every lead and in most cases — in fact in all cases — that we have pursued, we have not found anything positive," Hishammuddin said.

He said that pictures of three large objects floating in the South China Sea posted Wednesday on a Chinese government website were not debris from the missing plane.

"A Malaysian maritime enforcement agency surveillance plane was dispatched this morning to investigate potential debris shown on Chinese satellite images. We deployed assets, but found nothing. We have contacted the Chinese Embassy who notified us this afternoon the images were released by mistake and did not show any debris from MH370," he said.

Hishammuddin also dismissed a report by the Wall Street Journal that signals sent by the plane's Rolls Royce engine indicated the plane kept flying for up to five hours. He didn't dispute the plane could have kept flying, but said Rolls Royce did not receive any signals from the engine after it vanished from radar.

Earlier in the search, two oil slicks were determined to not be from the plane and an orange object thought to be part of the plane's door was investigated and found to be unrelated. 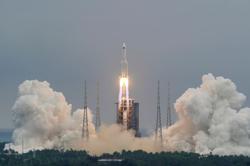