KUALA LUMPUR: The Federal Constitution should be amended to clarify that Muslims in Malaysia are those who adhere to the practice of the Sunnah Wal Jamaah, the mainstream teachings of the Al-Quran and the Sunnah, a Penang delegate suggested at the Umno General Assembly 2013.

Datuk Shabudin Yahaya, who proposed the motion on religion and education, said it was high time the Constitution was amended to deny deviants the right to call themselves Muslims. 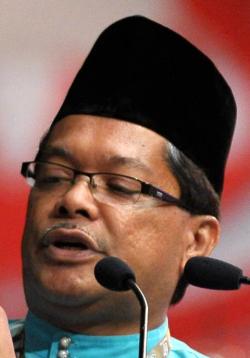 He also proposed that Article 3.3 of Umno's constitution be amended to be in line with the Federal Constitution that defines Islam as the religion of the federation.

Shabudin said the Umno Constitution stated the party would uphold, defend and spread the official religion.

“We need to amend the party constitution to tally with the Federal Constitution.

“It must also be amended to define Muslims as followers of Sunnah Wal Jamaah, so that we can live as a united Muslim family,” he said, adding Muslims should reject liberalism, pluralism and teachings that lead to deviationism.

He proposed that a resolution be moved to support the Government's commitment to observe the wasatiah (moderation) principles to make Malaysia a modern Muslim nation.