Pantanal wetlands: A paradise to protect

Wild beauties: A pair of jaguars on the shores of the Paraguay River, in Caceres, Brazil, the gateway to the Pantanal. The freshwater wetland system is a stunning biodiversity sanctuary - AFP photos

The Pantanal is a fragile ecological wonder in need of management.

A dozen rivers flood some 80% of the Pantanal, the world’s largest tropical wetlands which stretches across western Brazil and into Bolivia and Paraguay, from the start of the rainy season in November. They course though a region which is a magnet for intrepid tourists, including those who love to fish.

Visitors are primarily lured by the chance to see exotic animals in their natural habitat, but ecologists urge delicate stewardship of a region awarded UNESCO biosphere reserve status in 2000.

“If we want there to be jaguars in 50 or 100 years then we must preserve the Pantanal,” says Douglas Trent, an American who has spent 30 years nurturing conservation projects in the area.

At 5.30am the sun is just up as Trent begins his day as chief researcher with the Bichos do Pantanal or “Pantanal animals” project, navigating hundreds of kilometres on the Paraguay River. He documents fauna and tracks the movements of jaguar, king of the American jungle, the apex predator in a Pantanal region covering some 210,000sqkm.

Sprawled lazily on the sand, their mouths open, are a group of Pantanal caiman, reptiles related to alligators and crocodiles. Nearby, a green iguana scales a tree, enjoying the region’s luxuriant riverside vegetation. The area boats 463 species of bird – including the Jabiru stork which can grow to 1.5m – as well as 263 kinds of fish and more than 2,000 plants. 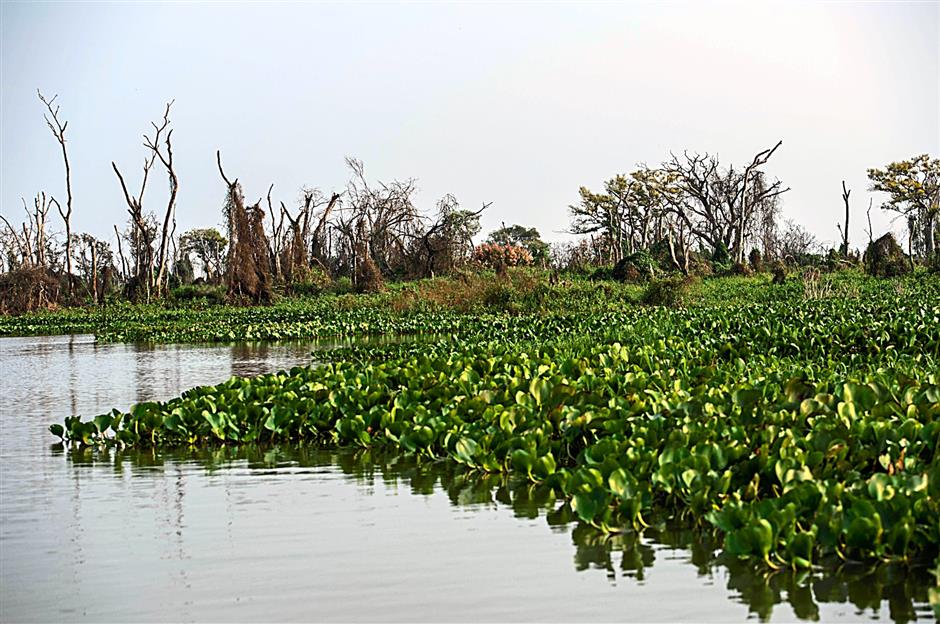 The Pantanal wetlands is a sanctuary for migratory birds, nursery grounds for aquatic life, and refuge for such creatures as the yacare caiman, deer and jaguar.

The emblematic jaguar is threatened with extinction, but sightings have recently been on the increase around the Brazilian municipality of Caceres, in Mato Grosso state near the Bolivian border. Caceres is known for its freshwater fishing; each June it attracts some 250,000 people to a championship which the Guinness Book of Records recognises as the world’s biggest. But fishing is strictly limited to preserve stocks.

Trent, a 57-year-old environmental scientist arrived in the region in 1980 armed with plans to develop green tourism. One day, as a friendly gesture, a local resident gave him a tooth from a jaguar which he had hunted. “I realised that if the local population are not aware of their natural riches and don’t benefit economically from them then they won’t look after them,” he explained.

He made his neighbour a proposal: “If I help set you up in eco-tourism would you stop killing jaguars?” He took his plans to local villages, then joined Brazilian sustainable development specialist Jussara Utsch in documenting fauna. A fisherman shows a pintado fish caught in the Paraguay River.

Just a few days ago a jaguar pair were seen near the river engaging in mating rituals. The Pantanal jaguar, with its intense yellow-eyed gaze, can weigh up to 200kg and is fearsome, although attacks on humans are rare. Joao Pires de Souza suffered one such attack six months ago.

“The jaguar had just killed a caiman and must have thought I wanted his prey. He came right at me with a ferocious roar. I plucked up courage and roared back,” he said. “When he jumped at me I pushed an arm into its mouth. Had I tried to turn tail I’d be dead.”

Pet dog Brasao saved his life, distracting the assailant long enough for other workers to come to the rescue, although De Souza needed two rounds of reconstructive surgery.

“It’s a handsome but evil creature,” says Silvio Francisco Cardoso, 72, who keeps a machete handy just in case at his log residence near the river.

He recalled how a bold jaguar once brazenly pilfered his lunch from his table, saying: “He stares at me from across the river . He considers this his territory.”

Brazil banned jaguar hunting in 1979 and hunting in general is forbidden in the Pantanal. 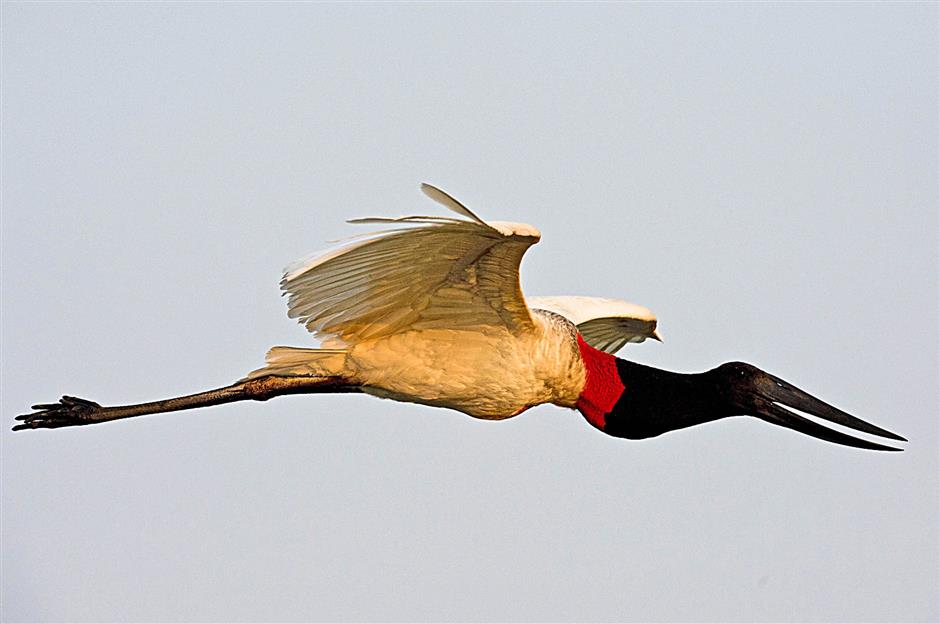 The jabiru stork is among the 4,500 species of wildlife found in the Pantanal.

Trent’s project has logged 51 jaguars around Caceres, a healthy total for a notoriously solitary species requiring wide open spaces and well-preserved vegetation and fauna to prosper.

The World Wildlife Fund says protecting the species will go a long way towards doing the same for the Pantanal as a whole. Brazil says the region retains some 85% of its natural vegetation but warns fishing and agriculture, infrastructure projects, deforestation and forest fires all pose a threat. – AFP

Over one in 10 cancer cases in Europe linked to pollution
The effects of climate change in Malaysia
Tough for M'sia to hit zero single-use plastic target by 2030, says expert
Climate change and human health are intimately linked
Microplastics could be in our blood
We are all breathing in polluted air
Global warming could increase the risk of low blood sodium
Health of our planet impacts our own wellness, says KJ on World Health Day
INTERACTIVE: Brace for worsening floods
Drug waste polluting rivers worldwide