DEEP in the heart of Ulu Kinabatangan in Sabah’s south-eastern region is a canyon valley so remote and inaccessible that it has, for years, remained little-known, even to the people of the nearest village of Kampung Imbak in Tongod.

Because of that, this wilderness has remained untouched – it is one of the last unlogged contiguous lowland dipterocarp (a family of tropical hardwood trees with two-winged fruits) forest left in the state today.

In 2003, the Yayasan Sabah Group designated it as the Imbak Canyon Conservation Area, solely for research, education and training, and as a seed source or gene bank. In 2009, all 30,000ha of the area were accorded Class 1 (Protection) Forest Reserve status.

The area merits protection as it is a crucial corridor link between two important protected areas: Danum Valley and Maliau Basin. This link facilitates movements of wildlife like the pygmy elephant, orang utan, bearded pig, clouded leopard and even the critically-endangered Sumatran rhino (footprints were previously detected there).

Its pristine state makes it ideal for research into non-destructive use of an undisturbed forest, for instance in carbon sequestration (removing carbon dioxide and storing it in the soil). It also serves as a catchment area for the Imbak River which merges with the Melian River before spilling into the Kinabatangan, Sabah’s principal waterway.

Yet, just a few decades before, the forest had been vulnerable; it was within the logging concession given to Yayasan Sabah. Fortunately, a scientific expedition by Sabah Forestry Department in 2000 helped saved Imbak Canyon as it showed the area to have abundant biodiversity. Two other scientific studies were conducted after that, in 2004 and 2010.

Imbak Canyon, together with Danum Valley, Maliau Basin and the coastal forest of Tumunong Hallu, form part of the one million hectare of concession known as the Yayasan Sabah Forest Management Area. Half of this is Class 1 (Protection) Forest Reserves consisting of the mentioned conservation areas and other logged sites now given the Class 1 category. The other half consists of Class 2 Commercial Forest Reserves, which can be logged. Petronas is funding the conservation of Imbak Canyon. In 2010, the oil and gas company allocated RM6mil for a three-year commitment to manage the area in a sustainable manner. So far, there has been public awareness campaigns, wildlife surveys, studies on climatology, hydrology and ethnobotany (relationship between humas and flora) as well as construction of an information centre, a jetty to ease transportation of crops by villagers who farm at the forest fringes, and a research station.

Dr Waidi Sinun, Yayasan Sabah conservation and environmental management division group manager, says Imbak is special for different reasons – one being the shape of the canyon and its 25km-long, mountain-bounded valley. It is visible from the air, just like Maliau Basin and Mount Kinabalu.

“This site is possibly the only, and last conservation area in Malaysia, that is still relatively unspoilt,” Sinun says at the Tampoi Research Station just outside Imbak Canyon. “The botanical canyon entrenched within is home to thousands of flora species, with beautiful huge and tall trees. What we documented in our 2012 wildlife survey, jointly with the Sabah Wildlife Department, gave us an estimate of the diverse wildlife species and their numbers, and surprisingly, we found their population density to be unaffected considering how close the conservation area is to civilisation.” (There are village settlements dotting the Kinabatangan River and its tributaries. The communities here comprise two main ethnic groups, the Orang Sungai and Orang Murut). 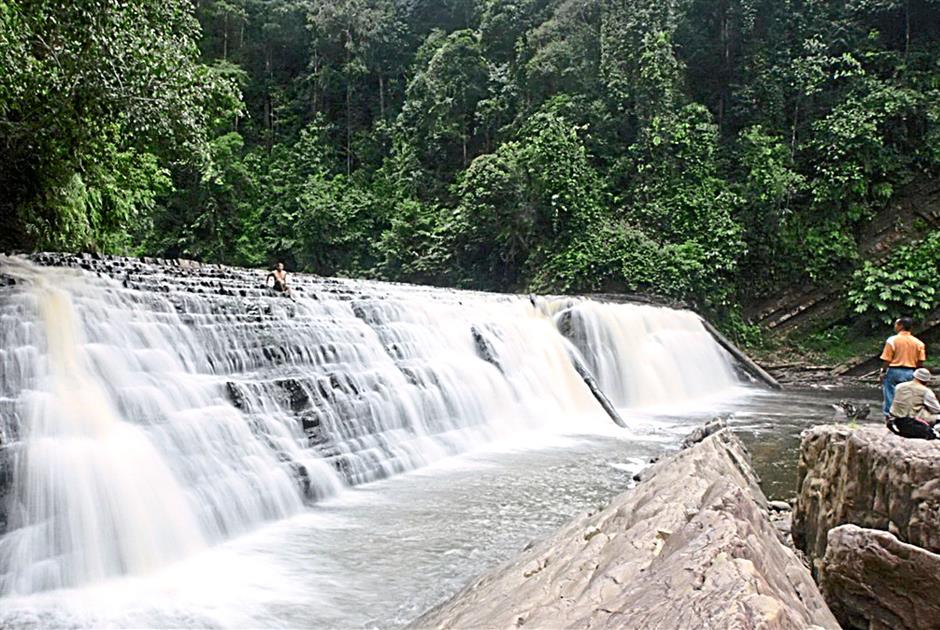 The 30m-wide Imbak Waterfall, located at the entrance to Imbak Canyon, can be accessed by four-wheel drive vehicles.

“What worries me is the management of surrounding areas outside the conservation area as development might lead to encroachment. This is why we have proposed to the state government to allot buffer zones around the core conservation area,” says Sinun. The Imbak Canyon Conservation Area Management Plan is expected to be finalised soon and will detail governance of the area.

Over 600 flora species have been uncovered so far, some of which are endemic to Sabah and Borneo. Finds include 196 orchid species, 26 species of ferns, 245 bird species, 22 freshwater fish species and 19 carnivore species (the most commonly spotted is the clouded leopard). While the area’s predominant lowlands – where the commercially-viable trees are – and its highest mountain are classified as Class 1 forest, the three sandstone ridges that flank the V-shaped valley are ranked as Virgin Jungle Reserve Class VI (where logging is prohibited).

These ridges exceed 1,000m above sea level at some points. The cliff tops are dominated by rare lower montane heath plants, similar to those in Maliau. The stunning formation is a result of natural geological evolution from centuries past when Imbak Canyon, originally a coast with deposits of mud and sand, underwent tectonic compression that eventually gave rise to its shape.

Sinun says discoveries made during the 2000 and 2004 scientific expeditions will be published in the coming months. Only 20% of the conservation area has been explored to date.

Encouraged by a fruitful three-year partnership, Petronas is now embarking on Phase 2 of the Yayasan Sabah-Petronas Imbak Canyon Collaboration Partnership – to build the Imbak Canyon Studies Centre. Its president and group chief executive officer Tan Sri Datuk Shamsul Azhar Abbas says RM77mil will be allocated for the 27ha centre, to be completed by end-2016.

“Other than being an administrative hub for the conservation area, the centre will be used as a platform for scientific research and a space for training, recreational and eco-tourism activities. It will also have a gene conservation bank and an experimental site to explore the potential of biotechnology and pharmaceuticals,” says Shamsul during the project launch.

“It will be equipped with a research lab, staff quarters, accommodation, seminar rooms, office, education complex and other specially-designed facilities. It is able to accommodate more researchers and visitors at any one time compared to Danum Valley and Maliau Basin.”

Imbak Canyon Conservation Area acting manager Robinson Rozali Rustin says the funds will also be used to upgrade facilities at the existing six stations. He says the local community is being trained in conservation efforts and eco-tourism activities.

Sinun says it will be a challenge to strike a balance between eco-tourism and conservation as visitor numbers have grown from 200 in 2007 to 700 last year.

“Key to this balance will be the carrying capacity of the stations. We will need to work out the numbers allowable. There has to be some separation between the conservation area and tourism-designated buffer zones. My other concern is overcrowding at Imbak Waterfall as it is within easy reach. That is something we need to manage as well.” (Imbak Waterfall, reputedly the biggest waterfall in Sabah, is accessible by road and one of several falls inside the conservation area.)

Compounding this concern is the theft of gaharu trees (agarwood, prized for its fragrant natural resin) by foreigners who camp inside the jungle.

“The sheer size of the forest makes it difficult for us to comb every inch, but we are trying to monitor their exit points and trails that they used. We are also working with the Wildlife Department to conduct roadblocks during festive seasons to counter them,” says head ranger Edward Alimin. 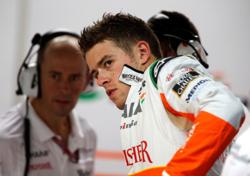