Real slog for an American degree

America here I come: Taylor’s University ADP Relations and Placement Manager Metilda John pointing out the location of universities on the US map to students.

The ringgit has weakened considerably against the greenback and this has added a whole new dimension to Malaysian students aspiring to study in the United States. The Land of the Free has now become a costly option for tertiary education.

VENTURING out to a distant land in pursuit of a first degree is a lofty dream for most Malaysians.

And when it comes to acquiring a US degree, the trepidations have been more intense.

Since November last year, the ringgit has been sliding against the greenback, eventually reaching its weakest point at RM3.7333 on March 20. Expert advice: save costs. Quisenberry and Moke offer tips on US education and they include the choice of varsities, accommodation and predeparture preparation.

While the hopes of many Malaysian students is practically up in smoke, some can still count themselves fortunate – not without their parents making immense sacrifices, though.

Among the lucky ones is Chiang Pang Fei, 19, who has already been accepted by a US university for a Bachelor’s degree in the coming Fall intake.

His father Siau Poh, 53, has cut down on travelling and golfing while his mother, a housewife for the past 23 years, has taken up a job to help fund his tertiary education.

Siau Poh said the family has been cutting down on all things “unnecessary” including family vacations and eating out on weekends.

“We want to fulfil Pang Fei’s dream of studying abroad. I was worried that we couldn’t afford his tuition fees and living costs in the US, especially with news of the weakening ringgit,’’ he lamented.

Another parent, who wished to be known as Raj, 51, said he had wanted his daughter to pursue an American degree programe fully at one of the local colleges here.

“But my daughter is a gritty girl and she was adamant in wanting to realise her dream of experiencing life and education in the US. I thought she had merit in her arguments, as there is never a better experience than studying abroad, despite the costs involved,’’ he added.

Businessman Justin Chow Swee Loong, 54, said he had prepared a financial plan for his son, Darren Chow Ken Choong, 22, who is already studying at the Southern Illinois University.

“We have enough to last Darren until the end of the year, at least. But if the US currency doesn’t drop soon, I might have to get a second job as a watchman or taxi driver,” he added. One world: Malaysian students at the University of Wisconsin-Madison during a gathering with international students.

Despite the weakened ringgit, and the vast distance to the US, there is no denying that the US remains a popular destination for Malaysian students.

With cost being extra significant now, most parents who want to send their children to the US have to be prepared to face the reality. Affordable choice: Ponnudurai says students can save at least RM160,000 on expenses if they opt for a transfer programme.

A KDU College representative said such parents would have already determined whether they were going to send their children abroad to study.

“During counselling sessions with students and their parents, we didn’t really see much of an issue about studying in the US even with our weaker ringgit,” he revealed.

“The financial commitment must be very clear from the start,” she stresses.

“Over the last five years, we received more enquiries from students about studying in America. We have been sending more students over there,” he said. All American: Apart from getting information online on the American Degree Transfer Programmes, students can also check out their respective universities or the giant screens and boards, that are placed in prominent areas on campus.

This can be attributed to the very flexible US education system which is broad-based, allowing students to choose their preferred subjects.

Some US universities allowed undergraduates to design their own major. It is also common for students to start off undeclared (meaning they have not decided on their major), do double majors or even change their major.

According to financial management experts, a fluctuating currency issue is not uncommon.

“The earlier, the better. Better if you engage a licensed financial adviser which will cost between RM2,000 and RM5,000 a year,’’ he added. 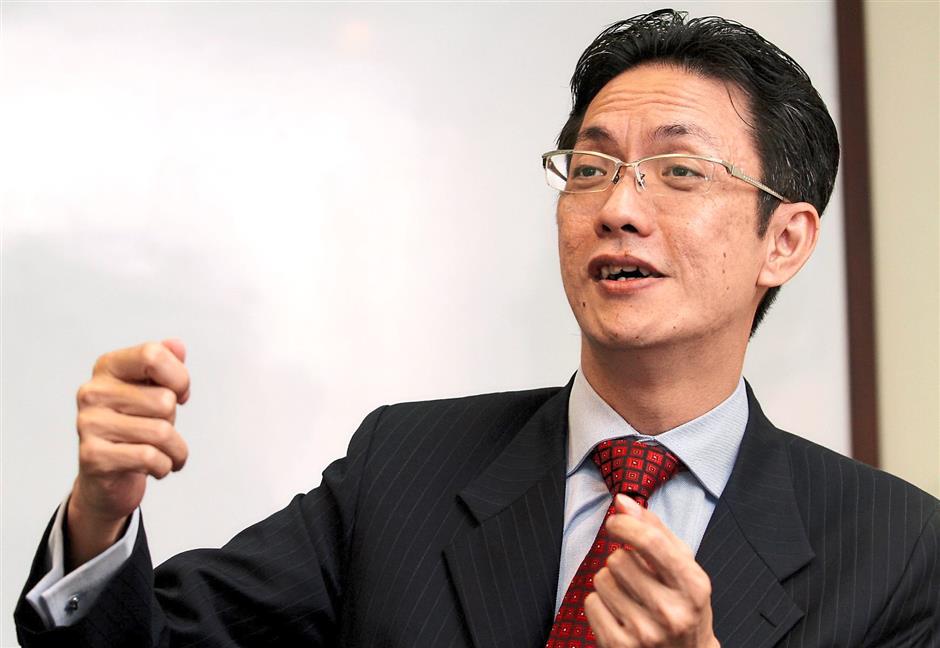 Be cautious: Yap advises parents not to ‘gamble’ with their children’s education money.

Yap, who is the founder and managing director of Whitman Independent Advisers, said the time span parents had before their children took off for the US also mattered.

If it is more than three years from now, parents will have time to “play” with their money, said Yap.

“Invest in mutual funds, shares, property, anything that can give you returns. But do it in US dollars,” he advised, adding that this was so that investment gains would be in that currency.

Also, parents should start accumulating the US dollar whenever there is a fall in its rate.

“Don’t wait until it is the month your children fly off. It is too late then,” Yap cautioned.

He also advised parents not to “gamble” with their children’s education money if they were scheduled to go abroad within two to three years. 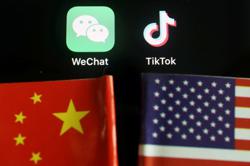