Fungal infections can be a source of unsightly infections on the skin. In serious cases, they can affect internal organs.

MY daughter was recently diagnosed with ringworm. It appeared as round, reddish lesions on her arms. All her classmates laughed at her for having ‘worms'. But the doctor told us that ringworm is a fungal infection. How is this so?

Fungal infections strike the human body in various ways. First of all, a fungus is an entire classification of living organism by itself, having over 80,000 species under its umbrella, including yeasts, mildew, mushrooms, molds, etc.

They used to be classified as plants, but they lack chlorophyll and the structure of plants. They are not animals either.

Fungi can attack our body in various ways – our scalp, skin, nails, and in more serious cases, our lungs, other deep organs, and even our blood, especially if our immune system is compromised by AIDS or chemotherapy.

Some of the common fungal infections we are used to seeing are tinea corporis (ringworm), tinea versicolor, vaginal candidiasis, tinea capitis (ringworm of the scalp), and tinea pedis (athlete's foot).

Tell me about ringworm

Tinea corporis is a term we use for fungal infections of the face and body. The fungus involved is a dermatophyte which survives on the top and dead layer of our skin called keratin.

A ringworm looks like a flat, scaly spot on top of the skin that soon develops a raised border that enlarges outward in a circle (ring). The advancing body is red and raised while the centre is flatter, with fine scaling. That's why it looks like a worm eating the end of its tail.

Ringworm can be treated with antifungal creams. But prevention is better than getting it. Ringworm thrives in hot, moist environments and can be passed from infected people. So make sure you always dry your hands after washing them, especially if you have been in contact with soil, plants, animals, and other people affected by ringworm.

What about ringworm if the scalp? How does it get there?

Another type of ringworm is tinea capitis (capitis = scalp). It's common in children from age three to seven. The fungi here "like" to transmit themselves through spores. When an infected person combs his hair or when the spores fall onto his clothing from his head, these spores can survive for months on end on these objects.

It's also possible to carry these spores without getting infected (in essence, you are a carrier.)

For children, one common source of this fungus is school – an infected classmate. Children who are more likely to have tinea capitis come from large families and live in overcrowded conditions.

Tinea capitis appears primarily as hair loss. A typical appearance can be a patch of hair loss on your scalp that has black dots on it. These are the broken off hair follicles. It may also manifest as a gray spot (with scales) or a kerion, which is a patch of boggy thickened scalp with pustules on it, caused by your body's immune reaction to the fungus.

Tinea capitis cannot be treated by antifungal creams. You have to take antifungal medications orally, sometimes for months. So don't share combs with other people!

In my school days, I actually had tinea versicolor. It appeared as white patches on my skin around my cheeks and back. How did I get these? Poor hygiene?

Tinea versicolor is a type of rash caused by a common skin yeast. Most of the time, this skin yeast doesn't cause any disease, but sometimes it can transform into a more sinister form and turn off melanin-producing cells in our skin.

Tinea versicolor can be treated by antifungal creams. Until recently, the main recommended treatment for this was dandruff shampoo, which is sold over the counter in pharmacies. But dandruff shampoo can cause irritation to the skin when applied over a period of time.

Antifungal creams are better, and if your condition is severe, an oral antifungal medication like ketoconazole or itraconazole will do the trick.

What is athlete's foot?

This is the most common of fungal infections. It is estimated that 70% of the world's population have experienced it at least once in their lifetime. It's more common in men than women. Certain people are predisposed to it because of a questionable fault in their immune system, no matter how clean they keep their feet!

The most common type is a chronic disease that affects the web space between your 4th and 5th toes. It is extremely itchy, especially when you remove your shoes and socks.

Another type affects your sole and presents as a dry, scaly rash. This type often appears in people who have asthma or eczema.

Yet another type are blisters on top of your foot or your sole. This one is also called "jungle rot", because soldiers fighting in jungles used to get it a lot.

Once again, you can treat athlete's foot with antifungal creams or oral antifungals.

Dr YLM graduated as a medical doctor, and has been writing for many years on various subjects such as medicine, health advice, computers and entertainment. The information contained in this column is for general educational purposes only. Neither The Star nor the author gives any warranty on accuracy, completeness, functionality, usefulness or other assurances as to such information. The Star and the author disclaim all responsibility for any losses, damage to property or personal injury suffered directly or indirectly from reliance on such information. 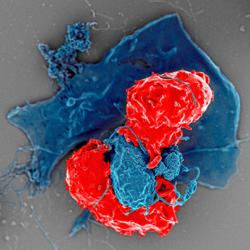 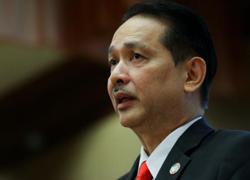 Do mosquitoes love biting you? Here's why