Stolen by Nazis, lost for 70 years: Where is the ‘Amber Room’?

Opulent: The Amber Room replica in the Catherine Palace, St Petersburg, Russia. The original was stolen by the Nazis during World War Two and its current whereabouts is a mystery.

In Germany’s western Ruhr region, a 68-year-old man embarks on a quest to find the Amber Room, which some historians say is the most valuable piece of lost art.

Dubbed the Eighth Wonder of the World, the Amber Room was an ornate chamber made of amber panels given to Czar Peter the Great by Prussia’s Friedrich Wilhelm I in 1716. German troops stole the treasure chamber from a palace near St Petersburg in 1941 and took it to Koenigsberg, now the Russian enclave of Kaliningrad.

And then – without no explanations, leads nor clues – it disappeared.

Conspiracy theories abound about the whereabouts of what some say is the world’s most valuable piece of lost art. Some historians think it was destroyed in the war, others say Germans smuggled it to safety. 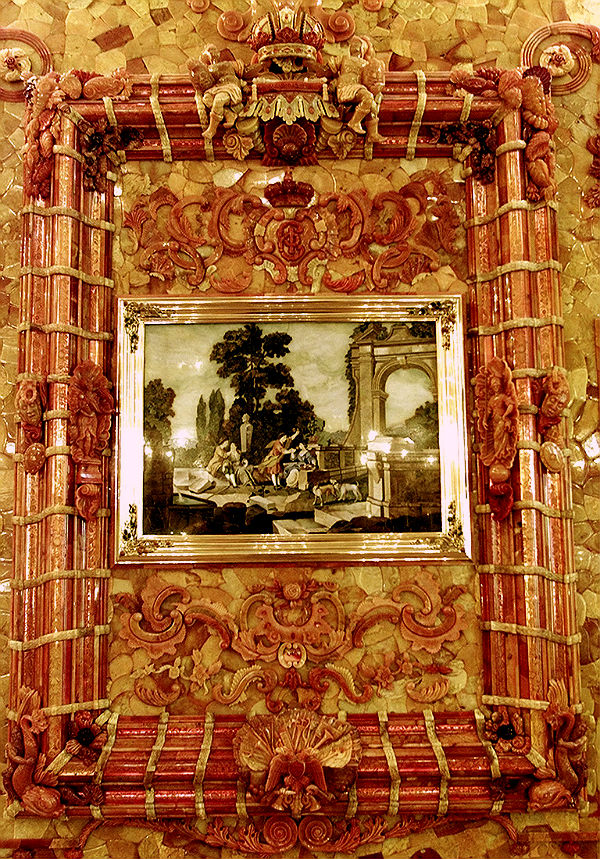 A detail of the replica of Russia's legendary Amber Room, in the Catherine Palace outside St Petersburg, after 20 years of painstaking reconstruction by Russian craftsmen. The original has been lost for 70 years, ever since invading Nazi forces stole it during World War Two. – Reuters

Now, 68-year-old pensioner Karl-Heinz Kleine says he thinks the chamber is hidden under the town of Wuppertal, deep in western Germany’s industrial Ruhr area. After analysing the evidence, Kleine has concluded that Erich Koch, who was the Nazis’ chief administrator in East Prussia, may have secretly dispatched it to his home town.

“Wuppertal has a large number of tunnels and bunkers which have not yet been searched for the Amber Room. We have started looking in possible hiding places here,” says Kleine. “But the search is very costly. We need helpers, special equipment and money."

Kleine initially had access to a drill, thanks to a a building firm that had lent it to him a drill. But the firm asked for it back. “I only have a small pension, a new machine is too expensive for me. But whoever helps will get his share of the Amber Room when we find it. I am optimistic. I just need the tools, then it could go quickly,” Kleine says, with much optimism.

But he is not the first to search for the Amber Room and chances are he probably won’t be the last.

Communist East Germany’s much-loathed Stasi secret police tried and failed to find the Amber Room. Hobby treasure hunters have launched expensive searches for it across Germany, from lake bottoms to mines in the eastern Ore Mountains – but in vain.

Historians say Erich Koch, convicted of war crimes by a Polish court, amassed a hoard of looted art and had it transported west from Koenigsberg in the final months of the war as the Soviet forces drew closer.

Meanwhile, those who simply have no patience to go looking for lost treasures can view a 2003 replica of the Amber Room, made by Russian craftsmen using German funds, at the Catherine Palace from where the original was stolen. – Reuters