Malaysian-born father strikes gold with Rainbow Loom in US

Family dream: Ng Cheong Choon (second from right) created the loom to impress his daughters Teresa (far left) and Michelle (far right), and convinced his wife Chan Tyng Fen to invest their savings into the business.

A Malaysian-born father invented a loom to impress his daughters and started them on the adventure of turning a simple idea into one of the most popular crafts in the United States.

MAKING skipping ropes from rubber bands was something engineer Ng Cheong Choon remembered from his childhood. But when he tried to join his daughters in making bracelets from rubber bands, he found his fingers had grown too big.

So, he fashioned a loom from a small wooden scrub board and added pushpins to it. At first his daughters Teresa and Michelle – then 12 and nine – were not particularly impressed. But then he showed them how he could create various geometric designs by using dental hooks to stretch and link the rubber bands together.

In fact, Ng’s daughters had so much fun with their father’s creation they convinced him to market the loom, which was named the Rainbow Loom.

That was three years ago, and the beginning of the family’s journey in building a product that has been described as the “biggest thing to hit the toy market since Beanie Bean”.

“I knew that this product had great potential, but introducing it to customers was the biggest challenge,” says Ng, who moved to the United States in 1991 and became a US citizen five years ago. 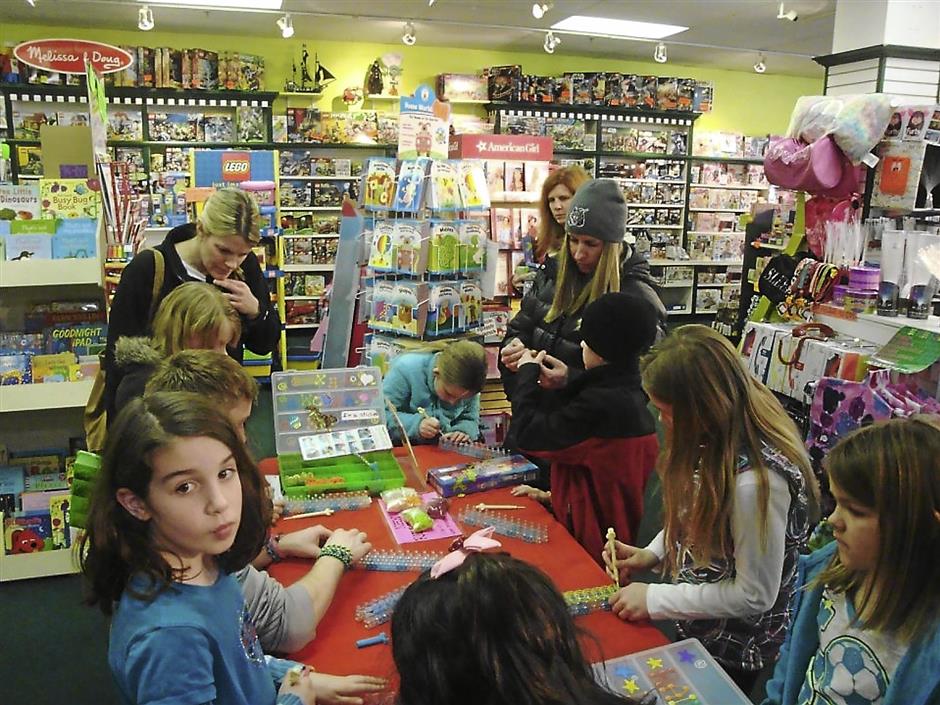 Rainbow Loom has caught the imagination of both children and teenagers.

The Detroit-based Ng was a test engineer for Nissan till he resigned to give his full attention to his Rainbow Loom business.

Initially, their plan was to start a home-based business.

“I wanted to create an Internet business for my wife that she could run from home. But I later noticed that I have the experience and skill sets to run this product from production to sales,” says Ng, 45, in an e-mail interview.

The first obstacle they had to overcome was sourcing for initial funding.

They put in their savings and daughters’ college fund of US$10,000 (RM32,000), but that was just enough to pay for the mould used to create the loom and enough parts to make 5,000 kits, and rubber bands, recalls Ng.

“Shortage in funding to begin this product was the main challenge. We started very small and my dad and brothers (who lives in Malaysia) later helped fund the production investment,” he adds.

The family assembled the first kits themselves and started selling them online in July 2011.

But no-one knew how to use the loom.

So Ng and his daughters made instructional videos and put them on YouTube. Their YouTube channel now has more than 13 million views, not including videos by customers sharing their own designs.

Since then, Rainbow Loom has caught the imagination of children and teenagers, with over three million kits sold.

By April, Rainbow Loom’s assembly and distribution had moved from Ng’s living room to a warehouse, and they now have 14 employees. Rainbow Looms are sold in more than 2,000 retail outlets.

Ng said Rainbow Loom’s success has been a surprise.

“My family is very blessed and surprised by the success. I think the fans (kids) are helping to make this product a success. They have been making bracelets for donation and sharing them with friends and loved ones.

“My supplier has expended their production capacity many times over to cope with the demand.”

Ng believes the appeal of his loom is that it encourages children to be creative.

“I think this is one of the few products that parents support and kids like at the same time. It challenges one’s focus, creativity and hand coordination.

“It is not a finished product, instead one needs to make his/her own. Most kids in US are trading their creations, selling them for donations, or giving them to their loved ones,” says Ng.

Although business is booming, Ng continues to face challenges such as copycat designs. He has sued the companies behind the competing looms, alleging they copied his designs. The US Patent and Trademark Office granted Ng a patent for his kit in July.

For now, Rainbow Looms are not available in Malaysian shops.

Ng says he plans to sell Rainbow Looms here next year when they are able to expand their distribution network to Asian countries.

For now, Ng and his family are excited about the journey they have embarked on.

“My family, especially my daughters, got to see how a simple idea could evolve into one of the most popular toys or crafts in the US. I think it is amazing.”

Related story:
Even boys are into it