PUMPKIN-FLAVOURED biscotti. Apple and spice muffins. Peanut butter crisps. These mouthwatering treats are anything but junk food, and they can be found at Barkery Oven (http://barkeryoven.com), which is to say, a bakery of a different kind.

Run by part-time baker Chan Chui Shia, the home-operated business is heaven for “parents” who want nothing but the best for their pampered pooches.

What the Barkery offers is simply a healthy range of wheat-free treats, using pet-friendly ingredients designed for the average pup.

Six years ago, Chan was on a quest to look for better food options for her two dogs, Mochi and Miki, when she stumbled upon the idea of homebaked treats for pets.

“I found a lot of websites that were in favour of homecooked food for dogs, due to the many pet food recalls that were happening then.

“I really enjoy baking, so I thought I’d whip up something for fun. I saw a potential in that and just turned my attention to baking for dogs. I started with cheese biscuits and my dogs loved them!” Chan, 35, recalls. 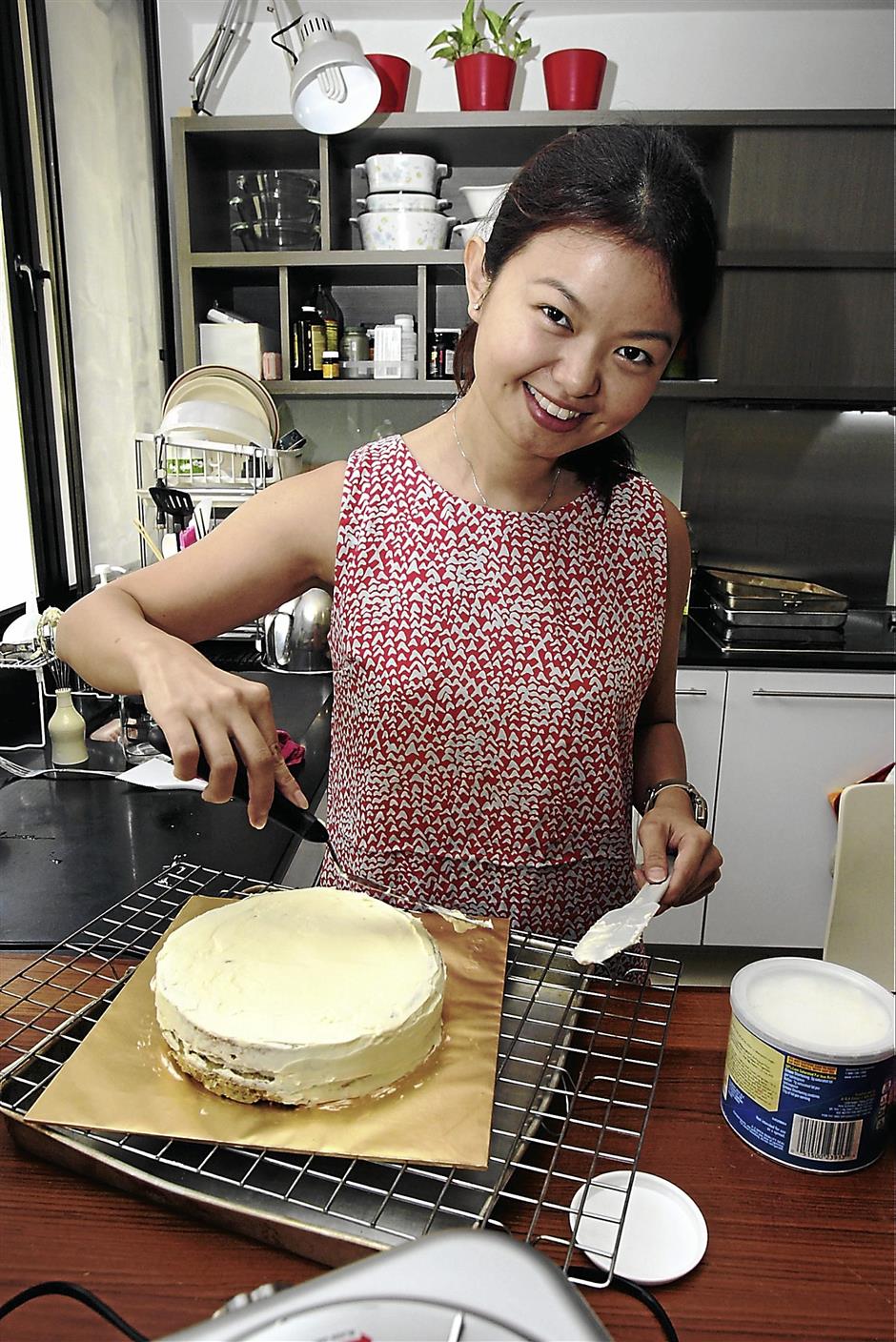 Chan started baking homemade treats for her dogs when she discovered they were allergic to a host of ingredients. Her wheat-free recipes are safe for pet consumption and are available at Barkery Oven.

With Mochi and Miki as her star taste testers, Chan started experimenting, beginning with whole-wheat flour recipes (which caused skin allergies in her two dogs) before finally settling on wheat-free ingredients as a safer alternative.

A lot of dogs, it seems, are allergic to wheat, as well as a good many ingredients found in food meant for us, like grapes, raisins, onions and chocolate.

You may think it’s icky, but Chan has no qualms about taste-testing her own products, though they are technically dog food. (After reluctantly trying one of her bite-sized cheese-infused biscuits, I’d say that they taste uncannily like a healthy sugar and salt-free whole-grain biscuit.)

“All the ingredients used are safe for human consumption. In fact, I think they’re quite healthy, since there’s zero flavouring in them,” says Chan, who helps run a family-owned business of distributing wholesale toys.

Barkery Oven officially opened for orders in May 2012 and while the business is still very niche, Chan now also gets requests for the occasional cake, meant for birthday celebrations for the furry friends.

“Most of my customers order a cake that they can eat together with their dogs. The pumpkin, carrot and peanut butter ones are the most popular. I normally bake them in a bone-shaped cake pan. I would say they taste just like most cakes, but more crumbly in texture and a little less sweet, with honey as a replacement for sugar.”

Chan says her cakes aren’t “fancy”, but she prefers it that way. 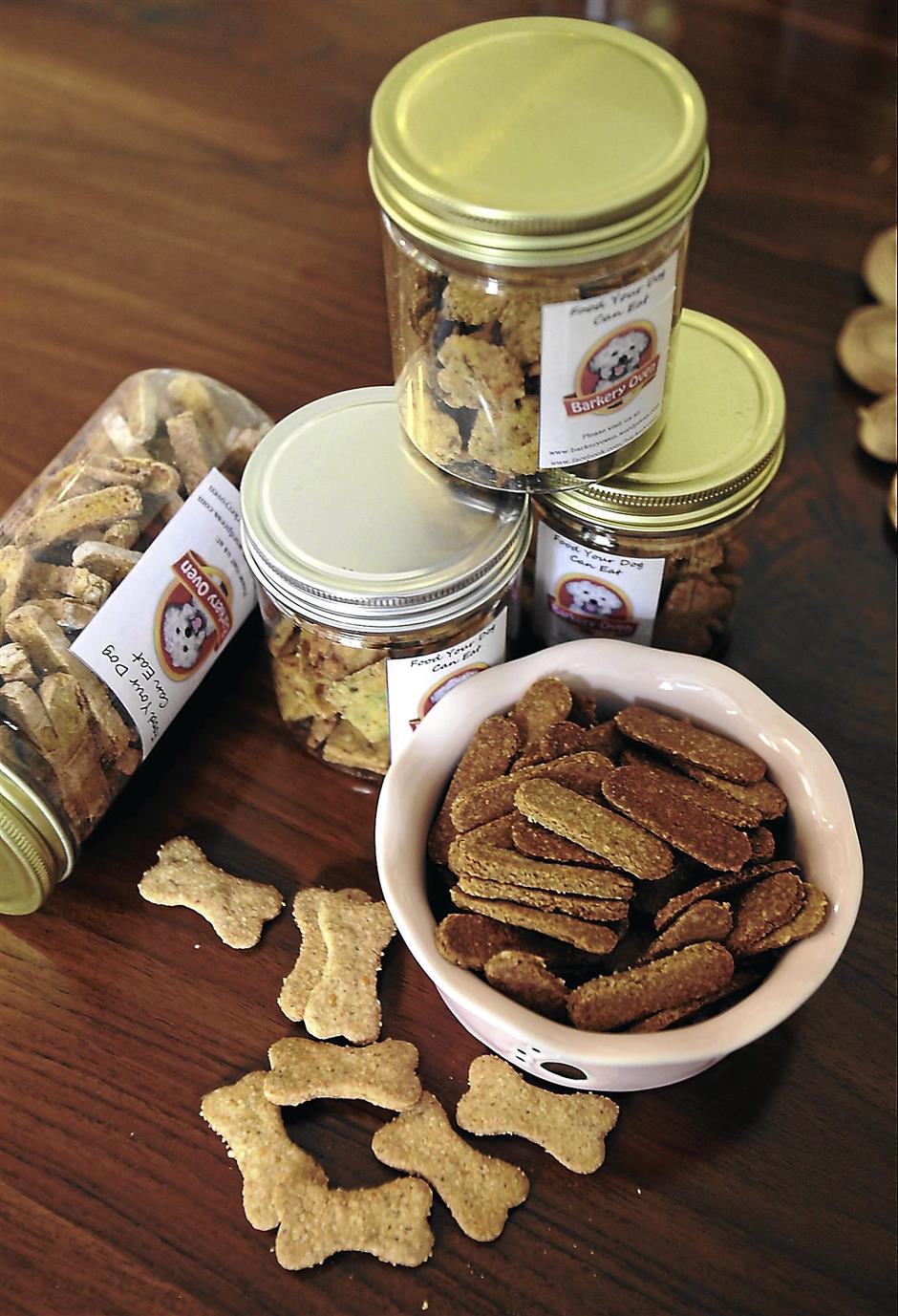 “At the very beginning, when I just started Barkery Oven, I used to get requests to make fancy cakes that would look nice in pictures. I didn’t take on any of those orders, but I do understand where those pet owners are coming from.

“You get parents who go all out to throw a fancy full moon party for the baby when their baby doesn’t even know how to appreciate it. And then, there are parents who don’t believe in that at all. I belong to the latter school of thought – I love my dogs, and I’ll bake something nice for their birthdays, but you won’t find me throwing them a party. What they need is a lot of attention and a lot of TLC (tender loving care).”

Chan has also concocted a range of meat-flavoured treats, from salmon and parsley fudge squares to chicken, vegetable and rosemary cookies, which have received mostly positive feedback from the intended recipients.

A lot of Chan’s ingredients are made from scratch, like apple sauce and certain meat-based stocks, to ensure that they are safe for pet consumption.

“If you do plan to cook your own homemade food for your pet, just make sure that you know what he can or cannot eat. Some store-bought ingredients may contain onions, which are highly-toxic for dogs. A lot of people also don’t realise that they aren’t supposed to feed their dogs grapes and raisins. Some dogs may not show allergy symptoms until it is too late,” she warns.

Though pet-friendly homemade treats are generally more wholesome compared to the mass-produced ones, Chan believes that they shouldn’t become complete meal replacements, as they may lack the adequate minerals recommended for each growing, or adult, dog.

As Chan works on a new line of pet-friendly products (dehydrated fruit snacks and possibly a range of natural pet shampoo), she is well aware that some of her friends do not share the same sentiment for her passion.

“My friends think that I’m crazy for doing what I do. They always say that I feed my dogs better than I feed myself. The way I see it, I’m comfortable with having my pet as a part of the family. To each his own.”

When pets are family