According to Plantation Industries and Commodities Minister Datuk Amar Douglas Uggah Embas, the full implementation of the B10 biodiesel programme in Malaysia will see domestic annual consumption of palm oil, reaching 1.2 million tonnes.

KUALA LUMPUR: The continuous implementation of the biodiesel programme in Malaysia and Indonesia would be the key to ensure price stability of crude palm oil (CPO) prices for this year.

chief executive director Datuk Carl Bek-Nielsen said he expected CPO prices to trade between RM2,150 and RM2,450 per tonne this year if Indonesia was able to execute its biodiesel programme well.

“If it’s not going very well, I estimate the average CPO price would be between RM2,000 and RM2,200 per tonne,” he said during the roundtable session at the Palm and Lauric Oils Conference and Exhibition Price Outlook 2015/2016 (POC 2015) yesterday.

Felda Global Venture (FGV) president and chief executive officer Datuk Mohd Emir Mavani Abdullah said there was a continuous need for the biodiesel programme as it was the key element that would stabilise the CPO prices going forward.

Bek-Nielsen said bio-fuel accounted about 44% of annual growth in demand for the 17 oils and fats from 2013 to 2014. “Indonesia will hold the key where the price will go. Having said that, it is still early part of the year. We have to keep an eye on the one factor and the biggest joker of them all, namely the weather,” he added.

According to Plantation Industries and Commodities Minister Datuk Amar Douglas Uggah Embas, the full implementation of the B10 biodiesel programme in Malaysia will see domestic annual consumption of palm oil, reaching 1.2 million tonnes.

“The ministry is exploring the possibility of implementing the B10 programme nationwide,” said the ministry’s secretary general Datuk Himmat Singh, who was delivering the keynote speech at POC 15 on behalf of Uggah.

Meanwhile, Emir noted that FGV was looking for growth opportunities in India, the world’s largest importer of palm oil, to ride on the country’s growing demand for edible oil.

Bek-Nielsen said that the consumption of oils and fats per person per year in India was around 16kg compared with 26kg consumption per capita in China,

“Hence, there is a huge potential for growth in India,” he added.

“India has been an importer of edible oil for long years because of mismatch between demand and domestic production” he said during his presentation at the POC 2015.

He said the inverted duty structure by Malaysia and Indonesia had changed the import structure in India.

From 2013 to 2014, he said the consumption of palm oil in India was nearly 41% of the total oil consumption in the country followed by soybean and rapeseed oils.

He added India’s demand for edible oil this year was about 19.3 million tonnes, which outstripped the local production of up to 7.5 million tonnes. 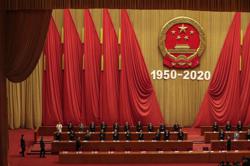