The cost of the entire campus is estimated at RM1.3bil. It will be the university’s first campus abroad and will have a 61ha footprint. It will be able to have a student intake of 10,000.

Ong said the building architecture would feature a combination of Western building style with Chinese red roofs, which he added resembled that of Xiamen Jiageng architecture that is both unique and harmonious with its environment. The campus will also have a lake and landscaped gardens.

The campus in Dengkil, Sepang is expected to be operational by the end of the year.

“This will augur well with the Malaysian Government’s aspiration to establish itself as the regional hub for higher education in Asia and beyond,” he said.

Ong said the strong historical ties between Xiamen University and Malaysia dated back to the early 1920s when the late rubber magnet Tan Kah Kee set up the university in Fujian Province.

The ground-breaking ceremony for the university was officiated by Prime Minister Datuk Seri Najib Tun Razak in July last year.

The university plans to operate as a non-profit institution here, with surplus funds channelled into research or used to fund scholarships.

It will offer undergraduate, postgraduate and doctoral courses, and graduates will be granted academic degrees from Xiamen University.

According to the University Undergraduates Teaching Assessment and Chinese Universities Evaluation Standings, it is ranked 11th in China. 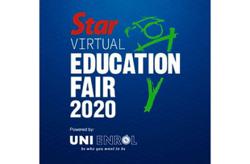