FOR STAR2 USE ONLYKoh Phi Phi, Thailand, 10 years after the tsunami. Image from Phuket Gazete/The Nation/ANN

Tourism industry insiders who have monitored trends in the Phuket tourism industry over the past 10 years describe the recovery after the worst natural disaster to ever hit the region as ‘remarkable’.

THAI tourism industry icon Wichit Na Ranong, managing director of the luxurious Indigo Pearl resort at Nai Yang Beach in Phuket, says, “I would say we had a very fast recovery after the tsunami. In fact, I think it may be the fastest recovery ever anywhere after a disaster of this kind. I think the industry had almost recovered after two years and was fully back to normal after three, with continuous progress after that.”

Asked if there are still fears among tourists of another tsunami, he says, “Not at all. After just a few years, any such fears just faded from people’s minds.”

A series of “tourism road shows” abroad and good cooperation among local and national authorities also helped assuage any such concerns, he says.

Wichit says that it is still difficult to think back on some of the things he had witnessed after what he describes as a “tragic, tragic event”. Like most people in Phuket, he didn’t even know what a “tsunami” was until he had the misfortune of experiencing one first-hand, he says.

“I felt the earthquake that caused the tsunami in Phuket that morning, but didn’t think anything of it because I had felt tremors like that (in Phuket) before. Later that morning, I heard reports from some staff that something quite unusual was going on with the ocean water.

“I rushed down to look and we all watched as the first two waves came in and surged right over the normal high tide mark and right across the road leading to the national park, destroying some bungalows there.

“At the Indigo Pearl we were lucky, however, because the curvature of the bay helped our resort to avoid the full impact. All we had was some damage to the landscaping and some other minor damage, ” he says.

Operations at the Indigo Pearl continued without a single day lost, he adds.

Wichit, who was serving as Honorary Consul for Sweden at the time, quickly converted the resort’s convention facility into a rescue and operations centre, helping people who had lost their travel documents and who needed other kinds of assistance.

The resort also served as a meeting place for rescue workers and media coming in from abroad to assist in or report on the recovery effort. The hotel’s staff also used the centre as a staging area from which shuttles were dispatched to Khao Lak in Phang Nga, where many Swedish tourists lost their lives.

“Looking back 10 years, I would say it is nice to stay in the present. I don’t want to recall all of the things I saw…. I just couldn’t take it when I went to the airport and saw so many people crying; people who had lost loved ones that they had been on holiday with just a few days before. It almost drove me mad,” he says with a quiver in his voice. 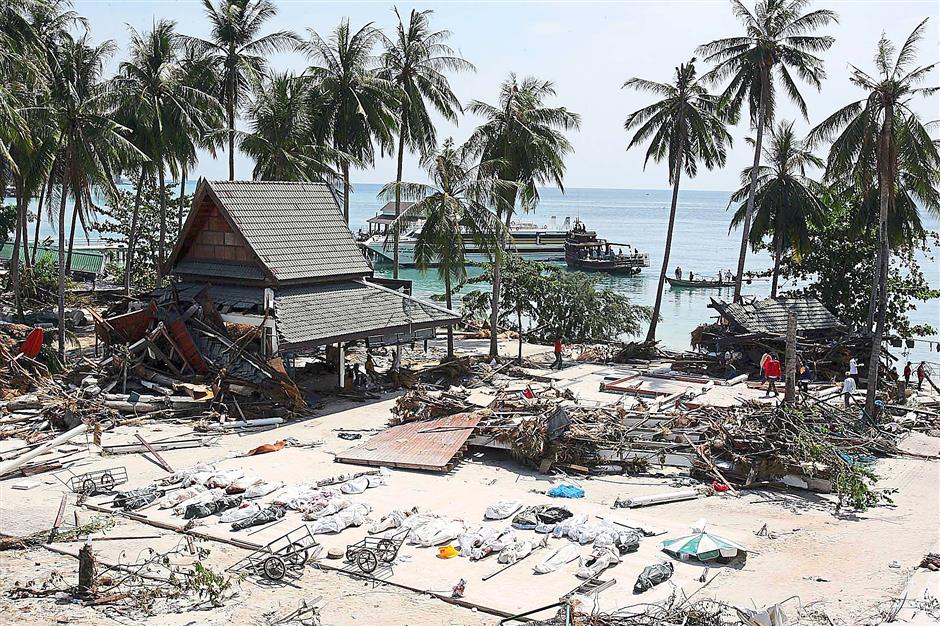 Tanan Tanpaibul, a well-known real-estate developer and managing director of Phuket’s Rassada Harbor – the largest embarkation point for ferries to the Phi Phi Islands – says most of the effects of the tsunami on the tourism industry in Phuket had dissipated within a year.

“In my view, the effects of the tsunami on the island’s tourism industry were quite short, only about six months. After about one year the recovery was practically complete.”

The only notable exception was the drop in inbound visitors from Japan, the country from which the word “tsunami” originates.

“Before the tsunami our operations to the Phi Phi Islands were very popular with Japanese tour groups, but the recovery of this market has not been nearly as good as that of all other nationalities. The Japanese have changed their destination of choice and don’t come to Phuket in large groups any more.

“I think the Japanese are the only group to have disappeared since the tsunami,” he adds.

Bill Barnett, industry analyst and managing director of C9Hotelworks, tells us that for tourism industry leaders the 10-year anniversary will be more of an emotional day than a tourism-industry benchmark. Describing the immediate aftermath of the tsunami as a “media circus”, he recalls a number of erroneous reports, such as the one spread internationally by CNN that the Laguna Phuket had been “completely destroyed”, when in fact it was their resort at Khao Lak that had been devastated.

From the Novotel in Patong, he recalls photographers taking shots of a recently demolished building at a construction site nearby, thinking that all the rubble had been pushed there as a result of the tsunami. Barnett says he had received calls from people asking “Is there anything left in Phuket?”, when in fact the tsunami surge only penetrated 300m or 400m inland in the worst hit areas, such as in Kamala. It took some time for the actual facts to emerge and reveal that while several hundred people had died tragically that day, resorts on the island were not completely destroyed.

Another destination that was badly devastated by the tsunami waves were the Phi Phi Islands in Phang Nga Bay, especially the low-lying isthmus at Ton Sai Bay, the traditional centre of commercial activity there.

But unlike Khao Lak, which took four or five years to recover, the Phi Phi Islands were a real anomaly, literally “roaring back” to enjoy what was probably their most successful high season ever the following year, says Barnett.

He attributes part of the quick recovery in Phuket and Phi Phi to what he refers to as a “legacy market”, mostly comprising tourists from Scandinavia, Germany, and other parts of Europe who wanted to support the recovery by making return visits as soon as possible.

“I think when we talk to tourists nowadays there is not that much recollection. We live in an era with so many problems in places like Afghanistan and then Syria. It is really just one thing after another, so tourism here has not been dramatically dented by the memory of that event,” he says. 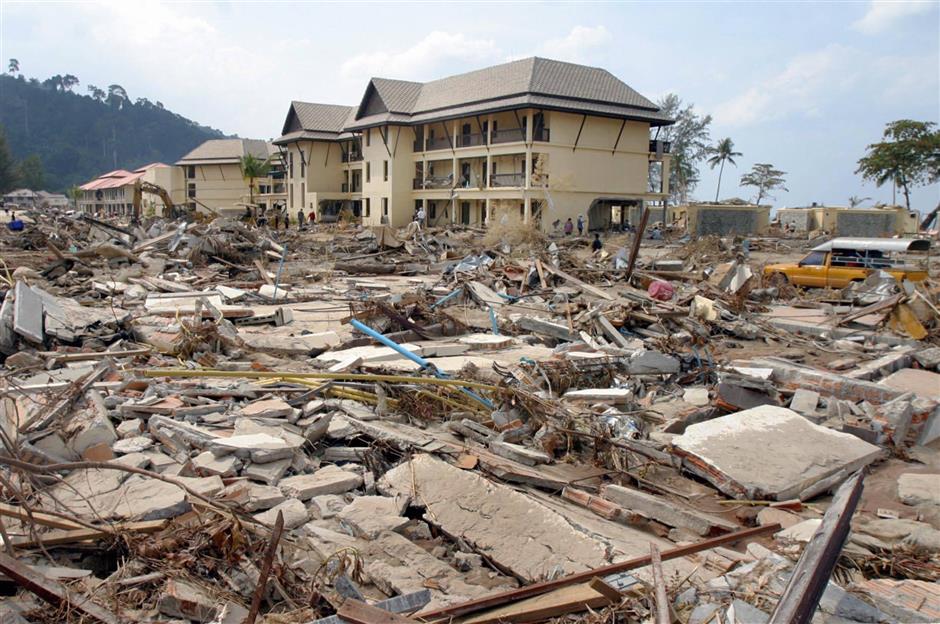 Total wreck: All the resorts along the 30km stretch on beaches in Khao Lak was destroyed when the tsunami hit.

Wolfgang Meusburger, who was the general manager of the Holiday Inn in Patong at the time of the tsunami, describes the rate of the recovery in that town as “unbelievably quick”.

“It really took everyone by surprise. I remember at the Holiday Inn in December 2005 we had 160 customers who were there a year earlier who came back.

“I think if anyone had told us back then that the recovery would be as fast as it was, we all would have said ‘impossible’, but the numbers speak for themselves,” he says.

Meusburger – who is currently managing construction of a new luxury Intercontinental brand resort in Rawai for the IHG Group of hotels that also operates Holiday Inn – noted that as a tourist destination Phuket has changed dramatically since the tsunami.

“Obviously the destination has changed over the past 10 years, but I do not think that has anything to do with the tsunami.

“But the profile of the people visiting has changed, in large part due to the increased availability of low-cost airlines and charter flights.”

Like most people we spoke to, Meusburger says the thing that struck him the most was the complete sense of shock that something like a tsunami could even happen.

“But a few other things also stand out, such as how everybody pulled together, taking people into their homes and things like that. Another thing was the official response. The government did a really decent job of cutting out all of the normal red tape, such as by flying victims directly to Bangkok free of charge.

“Tsunami awareness is now greatly enhanced. The first real test came during an emergency evacuation following an earthquake during a Songkran Holiday weekend in April two years ago, and it showed that most hotels and tourism-based businesses have plans in place to get their guests to safety,” he says. 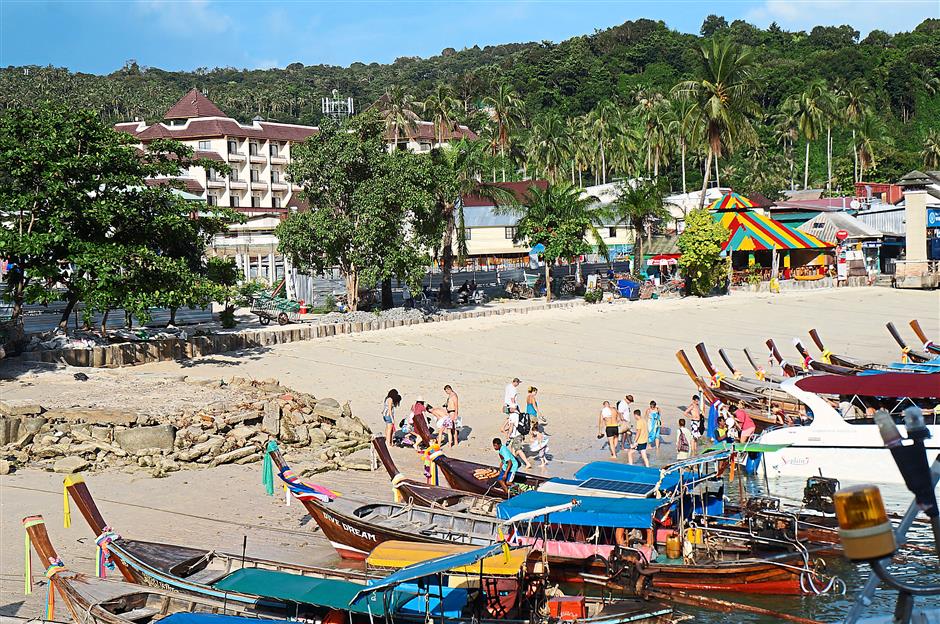 Weerawit Khrusombat of the Patong Entertainment Business Association says that Patong Municipality has made great strides in ensuring that resorts and other tourist destinations in that town trained their staff in emergency evacuation procedures.

“We hold evacuation drills annually and Patong Municipality was even proclaimed a ‘role model city’ for disaster management planning by the UN in October 2010. This really serves to increase confidence that Patong is a safe destination for tourists where natural disasters are concerned,” he says.

“Ten years later, 90% of tourists have no fear of tsunamis or other natural disasters. They are much more worried about crime and things like that,” he says. – Phuket Gazette/The Nation