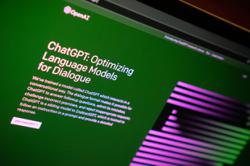 A courier walks past the Standard Chartered building in Hong Kong on Oct 28, 2022. The bank has also been lambasted on social media by customers who said they can’t reach its hotline. — AFP

The Hong Kong police as of late Thursday had received 159 complaints related to the transactions, which are now being investigated by the Commercial Crime Bureau, according to a police spokesperson.

A spokeswoman for the Hong Kong Monetary Authority said it will require the lender to take appropriate measures to protect the interests of customers and conduct a thorough investigation into the cause of the incident.

The number of impacted cardholders amount to about 1% of its credit card accounts, according to a spokeswoman for the bank. Standard Chartered has tightened monitoring and the number of suspicious transactions has dropped significantly, she said.

“We believe the incident was a result of random attempts at low-value credit card transactions,” the spokeswoman said. “There is no indication of any personal data leakage from the bank.”

The bank has also been lambasted on social media by customers who said they can’t reach its hotline. – Bloomberg

Scammer opens credit card in US man’s name, charges US$6,000. Bank says it’s not a fraud

Subscribe now to our Premium Plan for an ad-free and unlimited reading experience!
Banking Cybersecurity