The gift of tech 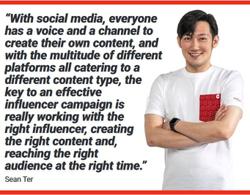 Gadgets make great gifts, but shopping for tech can be tough. Arm yourself with a little knowledge to help you make the right purchase during the year-end sales. — Photos: 123rf.com

PICTURE this: It’s the holiday season, and the local electronics superstore is having a large sale. Isn’t this the perfect chance to treat yourself or grab a few gifts for your techie friends and family members?

The trouble is, most individuals don’t know what to look out for while shopping for electronics, which can lead to less-than-ideal choices.

“I once got a pair of Bluetooth earphones from an unknown brand that I had never heard of before as a gift.

“They wouldn’t fit my ears at all and had absolutely terrible sound quality,” said 24-year-old computer system administrator Seth Lee.

Though sticking to reputable brands often helps, there’s more to it than just brand recognition when wading through a sea of options.

Here’s what you should take into account before asking the cashier to gift wrap your purchases:

For smartphones, more often than not, the star of the show is the screen, and for good reasons.

There’s a lot to consider just for the display, including the panel type, refresh rate, screen resolution, and HDR (high dynamic range).

Unless a shopper is willing to drop a significant sum of cash on a flagship model, it’s unlikely that all these features will be available on a single device.

This means that it’s important to prioritise some features over others.

For example, if the person is someone who plays a lot of games on his or her smartphone, a high refresh rate would offer an extra edge in responsiveness.

A user who prefers to stream lots of shows, on the other hand, may want to prioritise a larger screen and higher resolution, or HDR, to improve the viewing experience.

Software engineer and smartphone enthusiast Wong Qi Lun says that using websites like Antutu (bit.ly/tech_antutu) to check the performance benchmarks for a device can be helpful in gauging how well the device will perform with apps and games.

For instance, a person who actively posts videos and images on social media will place a higher priority on the cameras.

It’s worth taking the reputation of a brand into account when looking at smartphone cameras, as some companies have better image processing on the software side than others.

This can make all the difference between a washed-out, flat photo and a vibrant, lifelike one.

“Some devices feature lacklustre image processing in their cameras, and while this can be improved with third-party camera applications such as Google Camera, it requires a certain level of know-how,” said Wong.

That’s not all to be considered – the types of lenses that come with the device are also a key factor because, unlike traditional cameras, they can’t be swapped out.

An avid photographer will also need more storage, as high-quality photos and videos can take up a lot of space, so it’s best to invest in a device with plenty of internal storage or one with an expandable memory card slot.

Those who are always on the go should also check out the battery capacity and rated battery life, which should be available on the manufacturer’s product page.

When getting a charger, as most models don’t come with one, pay attention to the charging wattage.

Ensure that the wattage matches the smartphone’s, as this could mean the difference between waiting over an hour or just 30 minutes for a full charge.

There is no harm in using a higher-wattage charger, as smartphones are designed to draw the correct amount of current.

A smartphone purchase is not complete without talking about 5G, as the next-generation network is expected to become more widely available next year.

Though 5G is expected to mainly benefit machine-to-machine communications, it’s worth investing in a 5G smartphone to be able to take advantage of better and faster plans. This will also future-proof your purchase.

Other considerations, according to Wong, include a headphone jack, multiple SIM card slots and near-field communication (NFC).

A phone without NFC will lock out users from using mobile payment services like Google Pay, which was recently introduced in Malaysia, and from being able to reload the NFC-capable Touch ‘n Go card.

According to computer technician Nicholas Tan, the first thing to consider when purchasing a computer or a laptop is the intended use for it.

“Take into consideration the purpose of getting the PC. If it’s purely for work, what kind of work? Is it basic office work and multitasking, or maybe something heavier like video editing? Or is it just for entertainment?

“The machine has to suit the needs of its user. Otherwise, it just winds up being a waste, especially if you’re shelling out a huge amount for a top-of-the-line system meant for intensive gaming or editing work when all it’s being used for is word processing and spreadsheets,” Tan said.

On the other hand, an underpowered machine used for demanding programs would also cause problems.

Tan further commented that a lot of the time, shoppers tend to be sorely lacking in knowledge about the various parts required to build a PC.

“Customers have come to me before asking for a full PC build with parts that don’t even go together. For instance, one person brought a motherboard and CPU from different generations that don’t share the correct socket.

“Sometimes, it’s a bit harder to catch – for example, a top-of-the-line NVME solid-state drive (SSD) that uses PCIe Gen 4 being paired with a processor that only supports Gen 3.

“While it will work fine with that CPU, it will not be able to reach its maximum rated speed, so this ‘upgrade’ winds up having minimal impact on performance,” Tan said.

As many stores that sell PC parts also offer advice on how to spec out a system or decide on a laptop, it’s worthwhile consulting their technicians while also doing research beforehand.

When it comes to monitors and even displays on laptops, there are a few things to look out for.

“Being a designer means that having accurate colour reproduction is extremely important.

“If I have a screen with a low sRGB (standard RGB) value, colours will appear duller compared to a monitor with a higher rating.

“Which is a major problem since the final product may not match what I envisioned when displayed elsewhere,” he said, adding that screen size also plays a part in productivity due to being able to fit more “windows”.

The technology behind the panel is another thing that can be used to judge the display.Potential buyers will have to understand the difference between the technologies commonly used in monitors, TVs and smartphones.

In-plane switching (IPS) generally has the best colour accuracy, twisted nematic (TN) is known for having the fastest response time with higher refresh rates, and vertical alignment (VA) is typically balanced between IPS and TN.

Organic light-emitting diode (OLED) displays, which tend to cost the most, are capable of displaying vivid colours with the deepest blacks. The more expensive models also offer a higher refresh rate.

“The contrast and colours on these kinds of screens tend to be more consistent throughout the panel compared to the other types.

“And the wider viewing angle from IPS lends itself well to a designer’s office environment, making it better for collaboration with team members while using the same screen,” he explained.

Also, while some brands have a reputation for making very good displays, it’s not uncommon for them to use panels made by another manufacturer in some of their products.

So, it’s worth looking up the model of display on a website like DisplaySpecifications (bit.ly/tech_screenspecs) to check the manufacturer’s details and track record whenever possible – though not all TVs and monitors listed will include the info.

According to PC enthusiast and audiophile Mark Wan, a core part of shopping for audio gear is testing it for yourself.

“Audio quality is a subjective thing. To put it simply, you should test it yourself, and if you like it, only then should you proceed with making a purchase.

“Never make a purchase blindly unless you are confident that you know what you are doing or are fine with being disappointed later,” he said.

Wan explained that the environment in which the audio item will be used also has to be taken into account beforehand. For instance, audio leakage from headphones and the length of the cable have to be considered if the headphones are meant for indoor use.

“It’s easy to get carried away in stores when there are so many options, but the most important factor is whether it fits your use case,” Wan said.

Some may want a removable cable or replaceable earpads, he added.

“The material used for the earpads matters. Many tend to use polyurethane (PU) leather, which may start to peel after extended use.

“Personal comfort plays a large part as well. If the headphones don’t fit properly, you will not have a good experience,” he said.

As with most tech, it’s best to try on a smartwatch or fitness tracker before buying, as you’ll want a model that fits your wrist the best.

Wearables like fitness trackers and smartwatches make excellent gifts because they have a plethora of features that appeal to both the active crowd and the techie tinkerers.

It goes without saying that it’s best to pick a watch or tracker that is compatible with the smartphone; otherwise, you may miss out on certain features.

If you are looking beyond fitness features, a smartwatch, especially one that runs one of the popular operating systems, is a better choice than a fitness tracker, as it will support more apps.

However, most fitness trackers boast better battery life than smartwatches.

Alternatively, a hybrid-style smartwatch is also great for those looking for better battery life. However, it may lack a touchscreen, requiring users to use an app to monitor their data.

For the fashion-conscious, swappable bands are a must. This also allows the user to pick a comfortable band if the default one doesn’t fit well or gets damaged.

As with most tech, it’s best to try on a smartwatch or fitness tracker before buying, as you’ll want a model that fits your wrist the best. 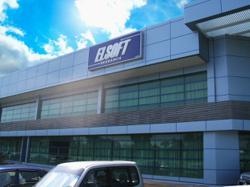