(Reuters) - The U.S. Department of Justice's bankruptcy watchdog on Thursday called for an ihttp://content.reuters.com/auth-server/content/tag:reuters.com,2022:newsml_RC26JX9BBGZW:1692162663/tag:reuters.com,2022:binary_RC26JX9BBGZW-BASEIMAGE?action=download&mediatype=picture&mex_media_type=picture&token=%22mwBUp%2BosqWSEU3ejd4TI%2F34aSJDP2atyImvrSv5CoSE%3D%22ndependent investigation into the collapse of crypto exchange FTX, saying customers need a neutral party to investigate allegations of "fraud, dishonesty, incompetence, misconduct, and mismanagement."

FTX has ousted founder Sam Bankman-Fried, and new CEO John Ray, who was hired to steer the company through bankruptcy, has said investigating FTX's implosion and recovering customer assets are among his top priorities.

The DOJ's Office of the U.S. Trustee said in a filing in Delaware bankruptcy court that it did not question Ray's competence or earnestness, but an independent investigation would carry more weight with FTX customers and allow Ray to devote more energy to stabilizing FTX's operations.

FTX did not immediately respond to a request for comment.

"The questions at stake here are simply too large and too

important to be left to an internal investigation," U.S. Trustee Andrew Vara wrote in court papers.

Ray has said the lapses in oversight, security and corporate governance he identified were greater than in any other process he has managed in his 40 years as a bankruptcy specialist.

A neutral examiner would also provide more public and transparent findings than an internal review, the U.S. Trustee wrote, which is "especially important because of the wider implications that FTX’s collapse may have for the crypto industry," Vara added.

FTX filed for bankruptcy in November after a week in which a possible merger with rival crypto exchange Binance failed, FTX founder Sam Bankman-Fried was faced with allegations he had funneled customer deposits to FTX's affiliated trading firm Alameda Research, and the exchange experienced withdrawals of about $6 billion in just 72 hours.

Bankman-Fried has said he is "deeply sorry about what happened" and acknowledged a "massive failure of oversight of risk management," but said he did not intentionally commingle FTX's user deposits with Alameda's trading activity.

Examiners have been appointed in the bankruptcies of crypto companies Celsius Network and Cred Inc. 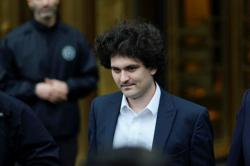