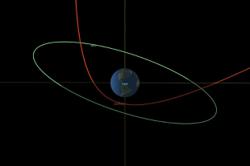 Dimming the sun could affect monsoon seasons in Asia and Africa, damaging crops that feed hundreds of millions of people. — Photo by Luis Graterol on Unsplash

STATEN ISLAND: It sounds like a bad sci-fi movie, but it's all too real.

There's been increasing talk lately about a truly mind-boggling proposal that would attack global warming: Blocking the sun, also known as "solar geoengineering."

It would involve shooting particles, probably of sulfur, into the atmosphere in order to blunt the warmth of the sun.

This would create the same conditions seen when a major volcanic eruption shoots particles into the atmosphere that can measurably cool the planet.

What could go wrong?

Blocking the sun is on the table, we're told, because we humans continue to burn fossil fuels, causing global temperatures to keep rising.

So the time may come for a more drastic solution, at least according to a recent article in the New Yorker magazine about solar engineering.

But some scientists believe that humans shouldn't mess with galactic ecosystems like this in the first place, according to ScienceAlert, an online publication.

They say that there's no way to block the sun that would be fair and equitable to all the people on Earth.

And there could be unintended consequences.

Dimming the sun could affect monsoon seasons in Asia and Africa, damaging crops that feed hundreds of millions of people.

Solar geoengineering could alter the very light that plants feed on. It could also damage the ozone layer.

Fluctuations in global temperatures wrought by solar geoengineering could also lead to severe weather, including floods and droughts, in unexpected locations around the world, the magazine said. In other words, the very type of conditions that we're trying to address by focusing on climate change in the first place.

There's also concern about how fast temperatures could rise again were any solar geoengineering effort to be suddenly stopped.

By the way, what happens to us down below if rain begins to fall through those sulfur-seeded clouds? Acid rain, anyone?

And how about some Elon Musk or Jeff Bezos type building their own sun-dimming technology and using it for their own profit-making purposes?

One estimate cited by the New Yorker puts the cost to block the sun at a couple billion dollars a year. Who going to foot the bill?

Never mind an even more practical question: Who would be in charge? What country gets to decide when the sun is going to be blocked, to what degree the sun's rays will be dimmed and for how long?

Who gets the God-like power to decide where on Earth the sun would continue to shine and which regions would see their sunlight taken away at any given time?

That's a lot of authority to give any single country.

But just as worrying is the thought of a global combine of countries (and, no doubt, multi-national corporations) having the power to block the sun.

And you thought rolling electrical blackouts were bad. Wait until they turn off the sun on you. Think of how this could impact where people choose to live.

We'll probably never truly know what would happen if we dimmed the sun until we actually dim the sun. Then all of us will have to live with the consequences, good or bad.

We're told that blocking the sun isn't anything that's going to happen anytime soon. It might take decades to actually have the technology in place.

But there are studies underway around the world that could eventually pave the way for solar geoengineering, according to the New Yorker

CNBC in October reported that the White House had launched a five-year research plan to study ways of modifying how much sunlight reaches the Earth.

I don't trust anybody with that kind of global power. Let's not mess with Mother Nature. – Staten Island Advance, N.Y./Tribune News Service 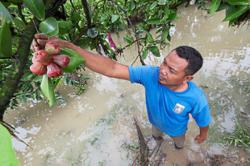