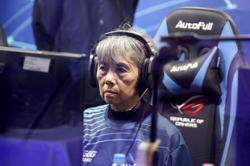 Riot Games' decision to take direct control of both LOL and TFT is a good sign for the games' future in the regional esports space. — Riot Games

Malaysian esports athletes are starting to carve a name for themselves on the world stage.

In May, the Malaysian team at the SEA Games in Hanoi, Vietnam, bagged three bronze medals in Arena Of Valor, PUBG Mobile and Fifa Online 4.

Just a few months ago, the country saw a great showing at the inaugural Commonwealth Esports Championships, as players netted gold medals in the Dota 2 open category, the Dota 2 female category and eFootball.

Malaysians also made it to two of the most prestigious esports tournaments, the Valorant Champions and Dota 2’s The International 2022 (TI). Though they didn’t win, most made it past the group stage.

Now that the major esports events for the year are over and the dust is settling on the international scene, what’s happening back home that could offer opportunities for budding esports hopefuls?

Liga eMas, organised by the Malaysia Esports Federation (MESF), kicked off in August with an RM80,000 prize pool and an open qualifier format that allowed all players to freely register their teams.

The finals for the tournament, which feature Valorant, Fifa Online 4, Mobile Legends: Bang Bang (MLBB), and PUBG Mobile, are slated for the end of the month.

Meanwhile, the Esports Integrated (ESI) initiative under the Youth and Sports Ministry has launched the Malaysia Esports League 2022 (MEL22), which runs from Sept 12 to Dec 3.

Making a return after its premiere in 2021, it features state and national leagues for MLBB, PUBG Mobile, and Garena Free Fire, as well as open series for Dota 2, Fifa 23 and Valorant.

Players competing in the MEL22 state-level series will get the chance to fight their way to the national playoffs to represent their state, before reaching the professional-level ESI tournament.

From there, they could progress to the circuits managed by the games’ publishers, like the MLBB Pro League Malaysia (MPL) or the Free Fire Malaysia/Cambodia/Philippines/Sri Lanka Majors (FF MCPS).

The tournament boasts an RM299,500 prize pool and a category for differently-abled players as well.

Malaysia is also home to its very own varsity league with the University eLeague (UEL), where students from colleges and universities compete in MLBB, PUBG Mobile, Valorant and Fifa 22 over a RM20,000 prize pool.

This year marked the third instalment for UEL, with the online grand finals scheduled for Dec 11.

Also, Riot Games’ recent announcement that it would be taking over on the publishing and esports side of things in South-East Asia for both League Of Legends (LOL) and Teamfight Tactics (TFT) bodes well for the future of the titles in the region’s esports space.

The developer and publisher stated that they intend to provide “meaningful engagement” both online and offline, with cross-franchise events, community activities, and regional Riot-operated esports events.

More information will only be available later, but gamers are hoping for Riot to be directly involved in growing the esports ecosystem in Malaysia, especially since Vietnam has had its own independent championship series managed by the company alongside local organisers since 2018.

Considering the results that Malaysian players have shown playing Riot’s main multiplayer online battle arena (MOBA) competitor, Dota 2, the company’s direct involvement in the local esports scene could be what it takes to replicate this success in LOL. 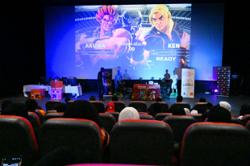