France's Atos to complete split by mid-2023 'at the earliest' FILE PHOTO: The logo of Atos is seen on a company building in Nantes, France, March 11, 2022. REUTERS/Stephane Mahe

(Reuters) - Atos' plan to split into two publicly listed companies will be completed by mid-2023 "at the earliest", the French IT consulting group said on Tuesday, contradicting an earlier report by French media BFM TV.

In a written statement sent to Reuters, Atos said the split-up plan would become "effective at the earliest on July 1, 2023, and at the latest on December 31, 2023."

French media BFM TV reported earlier on Tuesday that the split would be completed "earlier than scheduled" by the end of next June.

BFM also reported that Bertrand Meunier, chairman of the group, would leave once the split is completed.

Atos said in its written statement that the remaining Atos entity, following the split, would "retain its current governance bodies".

The stock lost half its market value last year after accounting errors and a failed attempt to acquire a U.S. company precipitated a loss in investor confidence and the departure of two of its bosses, Elie Girard and Rodolphe Belmer.

A minority shareholder in September had called for Meunier to resign as Atos shares traded near 30-year lows amid scepticism about its restructuring plan.

As part of split-up, the firm is considering spinning off and combining BDS with its services operations, dubbed Evidian.

The remaining part of Atos will include its declining and loss-making IT infrastructure management services, which generated sales of 5.4 billion euros ($5.33 billion) last year.

(This story carries an official correction after Atos corrects statements regarding timeline for split, chairman) 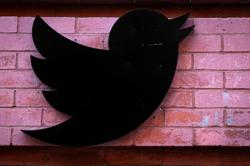