By Dana Hull and Sean O’Kane

At the electric automaker’s AI Day late on Sept 30, Musk also showed a video of the robot picking up boxes and moving through a rendered office building to water plants.

ALSO READ: Tesla AI Day offers a glimpse of just how sentient its bots are

“The robot can actually do a lot more than we just showed you,” said Musk. “We just didn’t want it to fall on its face.”

A second robot – the latest iteration of what Tesla calls Optimus – also appeared on stage. Musk said that while Optimus wasn’t quite ready to walk, it has opposable thumbs and can perform tasks.

“Our goal is to make a useful humanoid robot as quickly as possible,” said Musk. “Optimus is designed to be an extremely capable robot made in very high volume, probably ultimately millions of units, and is expected to cost much less than a car.”

The event, held at a Tesla facility in Palo Alto, California, featured several engineers giving highly technical presentations about how the robot perceives its environment. The technology that Tesla has developed for its vehicles, including cameras, is now being used for the robot.

Musk, who was tweeting during his employees’ presentations, said near the end of the three-hour event that he was “excited to see what Optimus will become”.

Musk added Tesla plans to test the robot at its factory in Fremont, California, where the videos of it operating were filmed. But he admitted the robot is “not strictly speaking in line with” Tesla’s goal of accelerating the adoption of sustainable energy.

Musk also said Tesla is “probably not barking up the right tree on on all the technical solutions,” and reminded the audience the company is “open to evolving” those solutions it has already arrived at.

Beyond the robot, Tesla used the event to expand on the progress it has made developing its automated driving software, and the “Dojo” supercomputer that the company uses to train its in-house artificial intelligence.

Musk said Tesla may some day allow other companies to pay to use Dojo to train their own neural networks. – Bloomberg

Tesla's robot waves but can't walk, yet. Musk plans to make millions of them

Subscribe now to our Premium Plan for an ad-free and unlimited reading experience!
Robotics AI 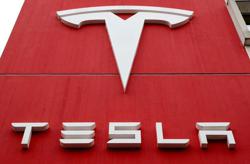