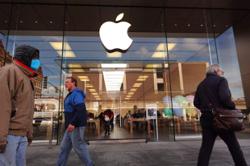 Meta said Tuesday that the lawsuit was unfounded. — AFP

Apple Inc told its millions of iPhone users last year that Facebook and other apps could no longer follow their Internet activity without their consent — but Facebook's parent company, Meta, is still tracking them without asking their approval, according to a lawsuit in San Francisco federal court.

A recent report by a data-privacy researcher "revealed that Meta has been injecting code into third-party websites, a practice that allows Meta to track users and intercept data that would otherwise be unavailable to it," lawyers said in the suit, filed last week as a proposed class action on behalf of Apple customers in California and nationwide.

They said the data includes "personally identifiable information, private health details, text entries, and other sensitive confidential facts," many of which Meta requires people to disclose when they sign up for Facebook or Instagram.

When Apple introduced its updated iOS14 mobile phone operating system in April 2021, the company told customers the equipment would allow them to keep their online searches and Internet visits private unless they expressly gave Meta permission to track it. That change, the suit said, was a devastating blow to Meta's primary source of revenue, from the user data and resulting sales of advertising; the company reported a US$10bil (RM46bil) revenue loss for 2021.

Meta's response, the suit said, was to install a code, Javascript, that was automatically placed in every contact users made to third-party websites using Facebook, Instagram or Messenger.

"This allows Meta to intercept, monitor and record its users' interactions and communications with third parties, providing data to Meta that it aggregates, analyses, and uses to boost its advertising revenue," the lawsuit said.

"Meta can and does intercept, view, monitor, and record all user interactions — every button and link they tap, as well as text selections, screenshots, form inputs (including passwords, addresses, and payment card numbers), other personally identifiable information, protected health details, and other private and confidential communications."

The suit comes three years after Facebook paid the government US$5bil (RM23bil) to settle Federal Trade Commission complaints that it had misled its more than two billion users about their ability to control the privacy of their personal information.

"Despite previous lawsuits, despite being taken to task by Congress, and despite public outcry, Meta continues to abuse its users by stealing their private information and turning anyone unsuspecting users of Facebook or Instagram into profit centres whether the user agrees to it or not," said Kiley Grombacher, the plaintiffs' lawyer.

The suit claims violations of California privacy law and the federal law against wiretapping. It seeks unspecified damages and a court order halting the practice.

Meta said Tuesday that the lawsuit was unfounded.

"We have carefully designed our in-app browser to respect users' privacy choices, including how data may be used for ads," said Alisha Swintek, a spokesperson for the Menlo Park-based company. – San Francisco Chronicle/Tribune News Service 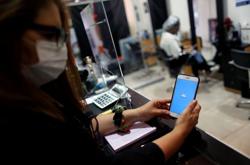